Going down the Ancestral memory lane

Saeed Ibrahim, is the author of Twin Tales from Kutcch, a family saga set in colonial India, which has won critical acclaim both in India and overseas since its publication last year. Saeed was born and brought up in Mumbai and was educated at St. Mary’s High School and St.Xavier’s College and later, at the University of the Sorbonne in Paris. He has had a long and eventful working career in India, the UK and France spanning marketing, advertising, airline and travel industries. Today he works part time as an independent consultant and devotes his spare time to writing.

In this interview with Swetha Amit, Saeed talks about the inspiration behind his book, the entire research process and how it changed him. 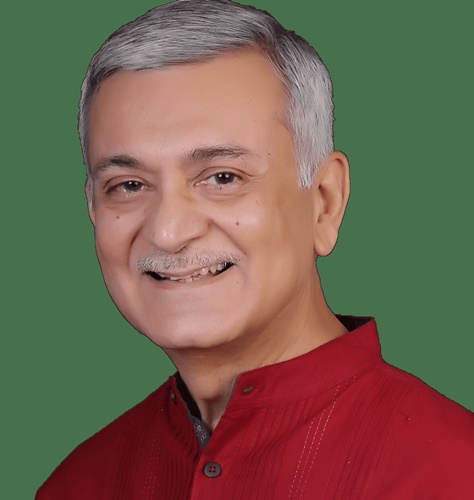 1.    How and when did you get the idea and inspiration to pen down Twin Tales from Kutcch?
It is fascinating how family heirlooms and cherished family possessions carry a story behind them, revealing details about not only the object itself and its original owner or owners, but also about the social atmosphere and the cultural ethos of the times in which they lived. The inspiration for writing this book was derived from two heirlooms that had come down in my family from the late 19th century.
The first was a bone china tea service, which was from my great grandfather on my paternal side, and the second was a framed citation or sanad presented by the Viceroy of India to my great grandfather on my maternal side. The more I contemplated these two relics from my family’s past, the more determined I was to find out details about their origins and more importantly details about my two-19th century great grandparents from whom we had inherited these items. As my research into the lives and times of my two Kutcchi ancestors progressed, I was prompted to delve deeper.
Armed with a clearer and more informed understanding of the background and events of the age in which they lived, the characters from the past seemed to come alive and I became convinced more than ever that I had to tell their story.
2.     Since the book is a saga of your ancestors, delving and acquiring knowledge about their lives would have taken you a considerable amount of time. How you research it?
Yes, it did involve a fair amount of time and research from a variety of sources, too numerous to enumerate here.
The narrative is set in Bhuj, Malegaum (now Malegaon) and Bombay from the late 1800s to the period just before Independence. The story opens in Bhuj in the year 1888 with the arrival of a new steamship from the Grangemouth Shipyard in Scotland. The ship meets with a heavy cyclonic storm on its maiden voyage from Mandvi to Bombay and is shipwrecked off the coast of Gujarat. Both my paternal great-grandparents (who lived in Bhuj — the capital of the then princely state of Kutcch) lost their lives in this maritime tragedy of November 1888, known in later years as the Titanic of Gujarat. Not only did the shipwreck leave no survivors, but no wreckage, no debris and no bodies were ever found. The ship just vanished mysteriously. The tragedy and the mysterious disappearance of the ship has over the years captured the popular imagination and produced many legends and folk songs, but most importantly, a thoroughly researched book Vijli Haji Kasamni written by Y M Chitalwala, a retired assistant director of the Archeological Survey of India. This book and my conversations with its author provided me with many factual details surrounding the maritime tragedy.
Similarly, for the weaving town of Malegaum and the plight of the migrant julaha workers, I relied on the scholarly work of Professor Douglas E. Haynes and his research titled, The Colonial State and the Handloom Weaver, and some historical archives for the plague epidemic that ravaged Bombay in the closing years of the nineteenth century. It is ironic that with the current Covid-19 pandemic, it all sounds chillingly familiar.
Details concerning the history of events in the lives of my forebears was derived mainly from oral history and family lore. As children, we spent hours listening in rapture to the stories related to us by our two wonderful grandmothers. These family tales were later corroborated and added to by our parents, and in the case of my father, through his painstakingly documented notes and family diaries.
3.     Simultaneously, the book also delves deep into the history of Bombay and the emergence of some of the iconic landmarks, along with the journey of two orphaned women. At any point in time, did you fear the historical facts overshadowing the emotions of the characters involved in your storytelling? How did you strike a balance between presenting the historical facts and highlighting the traumatic journey of the two women?
I don't think it would have been possible to do one without the other. Personally, I do not think the historical details detract in any way from the narrative thread or the poignancy and emotional quotient in the storytelling.  The use of historical vignettes, illustrations and photographs interspersed through the text provide a suitable historical backdrop and offer the reader a "period" feel with brief glimpses into a bygone era, an era of horse drawn carriages, gas lit street lamps and steamship travel. In addition, as in the opening chapter, the newspaper account of the inauguration of Bombay's Victoria Terminus in May 1888 immediately sets a historical dating for the narrative.
4.     You have talked about the customs and traditions of the Kutcchi Memons. How much of it has been carried forward today?
The movement of the Kutcchi Memon diaspora from their origins in Kutcch had already begun from the early years of the 19th century and with travel becoming quicker and easier, the migration to the four corners of the world continued. Today the Kutcchi Memons have settled in different parts of the world. Many of the original customs and traditions have given way to the social norms of their adopted countries, especially amongst the younger generation. Still, I would say that with respect to marriages and births some of the old traditions are followed even today.  This is the case even with Kutcchi Memon families living in different parts of the sub-continent. 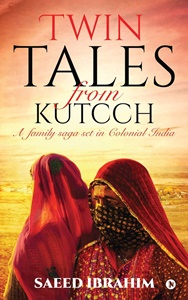 5.     The book also highlights how women never addressed their husbands by their names, which makes them appear rather docile. Have things changed about freedom and independence given women in this community, over the years?
Much has changed since the period described in the book. Today's modern, urban Kutcchi Memon woman would laugh in your face if she were told not to address her husband by his name. Some degree of progress has taken place when it comes to women's freedom and independence, but a lot still needs to be achieved. The role of the matchmaker in arranging marriages is on its way out being replaced by matrimonial sites. Earlier Kutcchi Memon marriages tended to be endogamous, within the same community or group with common social values and customs.  Women today are choosing who they want to marry and sometimes these marriages are not only outside the community but also outside the faith, without the interference, of course, of retrogressive and discriminatory laws!
6.     The era of Colonial India is an intriguing subject that would appeal to both the sub-continent and worldwide. Since you also specialize in French, do you plan to translate your book into other languages?
Despite my proficiency in the French language, language translation is highly specialised and is best left to a professional. Some people have shown a preliminary interest for translation of my book into German and French, but so far, no publisher has come forward to undertake the project. There has also been some talk of a film/TV adaptation of my book.
7.     Writing a book about your ancestors must have been a riveting experience. How has this journey of discovery changed you as a person?
I have always had a penchant for history, family traditions and heirlooms and writing this book has been a labour of love. It has in a sense fulfilled a desire to leave behind a legacy of sorts for my children and to provide them with a sense of their ancestry and heritage.  If anything, it has helped cement family ties and instilled respect and appreciation for the values set by our elders.
8.     Any more books in the pipeline ?
I have started working on my next book. It is a bit premature to let out any details. But in the meanwhile, I have put together a collection of short stories that I hope to have published very soon.
9. How can one order a copy of your book?
For those who are keen to read it, the book is available on Amazon in India and overseas in both paperback and kindle versions.
MORE REPORTS