Going down in History

Anuja Chandramouliis a bestselling Indian author whose highly acclaimed debut novel, Arjuna: Saga of a Pandava Warrior-Prince, was named by Amazon India as one of the top five books in the Indian Writing Category for 2013. Yama's Lieutenant, its sequel, Yama's Lieutenant and the Stone Witch and Prithviraj Chauhan: The Emperor of Hearts are her other bestsellers. Her articles, short stories and book reviews appear in various publications like the The New Indian Express and The Hindu.

A student of classical dance and yoga and an accomplished orator, she regularly conducts story-telling sessions and workshops on creative writing, empowerment and mythology in schools, colleges and various other platforms. A mother of two little girls, she lives in Sivakasi, Tamil Nadu.
In this interview with Swetha Amit, Anuja talks about her inspiration behind her new book, aspects of power, control and comparison. 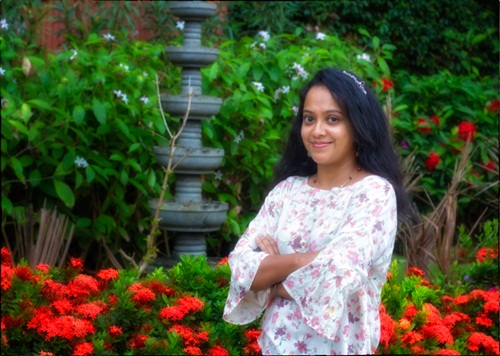 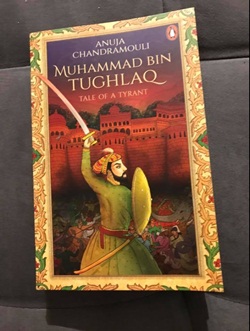 Another pertinent line is your book states that there is a time to fight and a time to retreat. Considering how people tend to get agitated at the slightest provocation, do you think leaders need to adopt this philosophy?
Tughlaq talks about this but as always, he had difficulty executing a sound idea, which is a pity because he had the potential to be a far better ruler than he was. That said, it is ridiculous how easily outraged and trigger happy we have become. The endless agitation and so-called activism on social media is a thinly disguised outpouring of unalloyed hatred, aggression and toxicity. Somehow, we all seem to have forgotten that in order to make a difference, sometimes it is essential to hold your peace and concentrate on being pro-active and constructive. Now that everybody has a forum to speak up, there are so many shouting matches happening simultaneously that we have become deaf and desensitised to actual concerns.
Moderation is key when it comes to powerful tools like online platforms or just about anything for that matter. This is not just for leaders but for all of us as well. By encouraging rational discourses and opening up healthy channels of communication, we will find ourselves with a valuable resource that can be tapped into during times of need such as natural disasters or horrible injustice if we can curb our worst impulses and stop the dark forces of the internet from becoming a weapon of mass destruction. Sometimes we just need to hold hands to express solidarity; the fists and claws need not come out. Unless we are en route to hell that is.
You have stated that Control is an illusion that only by letting go of it can you become a master of your destiny. Considering how control is usually synonymous with leadership, how do you think a leader can balance this feeling?
Control may or may not be an illusion. As a dime store philosopher, I wouldn't know for certain but the way I see it, there are some things which will always be beyond our ability to control. The good news is that there are a few things which are in our hands. Always. The trick is not to worry about the things that are beyond the lines of control and focus on doing the rest of it right or to the very best of your ability at the very least. That is all we can do. That may or not be a good thing. But there you have it.
What are your plans for more books in the the near future?
I always plan to take things slow and take time to savour the good things in life etc. But then I wind up taking things up a notch and having an insane schedule. So, yeah, I have a few books in the pipeline and hopefully they all go on to bring in the big bucks and a whole slew of awards.
(Also see: Excerpt from Excerpt from Muhammad Bin Tughlaq: Tale of a Tyrant)
MORE REPORTS