Home is where the heart is

Camron Wright was born and raised in Salt Lake City, Utah. He has a master’s degree in Writing and Public Relations from Westminster College. He has owned several successful retail stores in addition to working with his wife in the fashion industry, designing for the McCall Pattern Company in New York.

Camron began writing to get out of attending MBA school at the time, and it proved the better decision. His first book, Letters for Emily, was a Readers Choice Award winner, as well as a selection of the Doubleday Book Club and the Literary Guild. Letters for Emily has been published in North America, Japan, Australia, New Zealand, Germany, Korea, the Netherlands, and China.
His next book, The Rent Collector, won Best Novel of the Year from the Whitney Awards and was a nominee for the prestigious International Dublin Literary Award. The Orphan Keeper won 2016 Book of the Year, Gold accolades in Multicultural Fiction from Foreword Reviews, and was winner of Best General Fiction from the Whitney Awards.
In this interview with Swetha Amit, he talks about his book The Orphan Keeper, his visit to India and the concept of home. 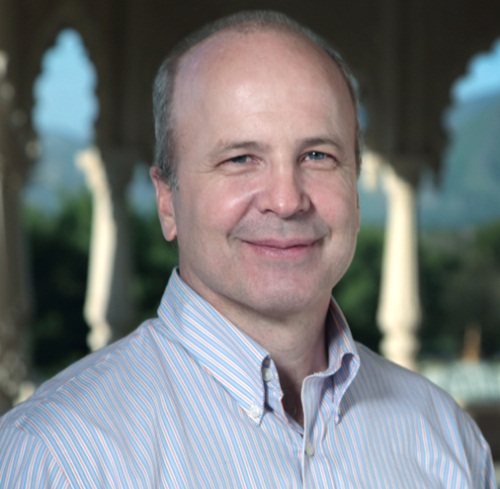 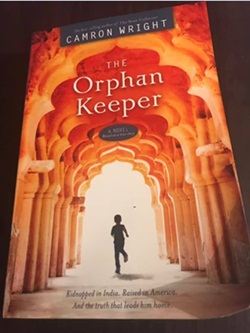 During your visit to India, how did you view the culture of the place that is quite different from your own country?
A lot of things were quite intriguing for me especially understanding the caste system. In Taj’s case, his wife Priya’s parents didn’t want them to date as they were worried that Taj may be from a lower caste. The irony was that when they did find Taj’s family it turned out that he belonged to a higher caste. It was hard for me to grasp the intricacies of the caste system as it was all new to me. I was also fascinated with the concept of arranged marriage. It’s a culturally different thing and we are not used to  here. As a parent who has grown up kids, I now feel that maybe the concept of arranged marriage isn’t a bad idea.
It is mentioned in your book that stories are redemptive. How do you as an author/writer feel about this?
Well I think that there are so many stories about redemption. I get intrigued by how some important lessons are repeated over and over again in classic literature. These are lessons about not giving up hope and people deserving a second chance. These are stories that have been written hundreds of years ago and yet the moral of these stories still seems relevant today. It’s so fascinating about how it’s a big part of life and human experience. As a writer, I cannot write a story without this theme of redemption.
Your book is based in India largely. How was it received by the audience in the West?
It’s been received very well. It’s helpful that Taj grew up in the United States. To me it feels like a bridge between two countries. People here loved to read it as they learnt so much about the culture of India — something that they didn’t really know. Usually folks love to read stories where they can learn something new and where they can take back something.
The Orphan Keeper reminds one of the movie Lion, which released around the same time as your book.
Yes. In fact, it was fascinating as there are a lot of similarities. However, there are some differences as well. In the case of Lion, he was not kidnapped but fell asleep on the train. He was adopted by an Australian couple and grew up in Australia. He uses Google Earth to trace his family home.  Taj’s story was a case where there were numerous coincidences that occurred in his life, helping him trace back to his village.  Yes, the entire thing about reuniting with his mother was similar.
One thing that struck me while watching  Lion, was the trivia that was displayed at the end of the movie. It said that every year 80,000 children go missing. What is surprising is that a dozen stories come out at the same time. It’s just sheer coincidence that Lion and The Orphan Keeper came out at the same time.
Lastly what are your plans? Any more books in the pipeline?
I am just starting a new book. It’s too early to talk about it. I love the writing process and am fascinated with storytelling as it relates so much to the human experience. I hope to write many books and stories. For now, I will just take it one at a time and see how it goes.
(Also see: Excerpt from The Orphan Keeper)
MORE REPORTS