International Monetary Fund Managing Director Christine Lagarde has been nominated as president of the European Central Bank, as successor to Mario Draghi, whose term ends on 31 October. 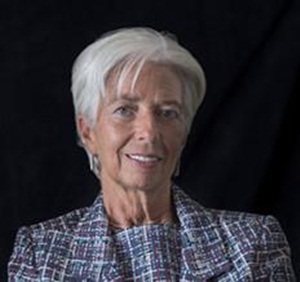 The nomination, which comes two years ahead of the end of her term at the IMF, means that Lagarde will step down two years before the end of her second five-year term. Following this, Lagarde, on Tuesday, announced to temporarily relinquish her responsibilities as head of IMF.
“I am honored to have been nominated for the Presidency of the European Central Bank. In light of this, and in consultation with the Ethics Committee of the IMF Executive Board, I have decided to temporarily relinquish my responsibilities as Managing Director of the IMF during the nomination period,” a statement issued by Lagarde at the IMF headquarters on Wednesday read.
A lawyer by training and profession and a self-confessed economic outsider, Lagarde, 63, is credited with turning around the Washington-based IMF from the turmoil created by the abrupt resignation of her predecessor Dominique Strauss-Kahn following allegations of sexual assault and attempted rape.
Lagarde, a conservative in politics, however, succeeded in steering the IMF out of policy blindside following the 2008 global financial crisis.
Before joining the IMF, she was finance minister in Nicolas Sarkozy’s right of centre government.
Born in Paris in 1956, she is the eldest daughter of a university lecturer and a teacher. After school in Le Havre and the US, she failed twice to get into the prestigious École Nationale d’Administration, the elite incubator for French civil servants. Instead she joined the American law firm Baker & McKenzie and rose quickly to become its first female chair.
As president of the ECB, she will be pitched into another arena split between anti-austerians and expansionists, with Italy’s Matteo Salvini demanding an easing of EU and ECB rules to allow for higher spending while the Germans seek to keep a tight rein on their neighbours’ budgets.
Lagarde’s diplomatic skills will help her steer the European Central Bank and the 27-memeber European Union out of the present policy muddle.
Lagarde will most probably be succeeded by another European as IMF top job is traditionally seen as the preserve of Europe. Possible successors include Pierre Moscovici, the outgoing European commissioner for economic and financial affairs and the Bank of England governor, Mark Carney, who leaves his post in January next.
MORE REPORTS