Trudeau admits invitation to Khalistani for his reception was wrong

Visiting Canadian Prime Minister Justin Trudeau has taken objection to the invitation sent out by the Canadian High Commission to a man who was convicted of trying to assassinate an Indian cabinet minister in 1986 to receptions held in Delhi. 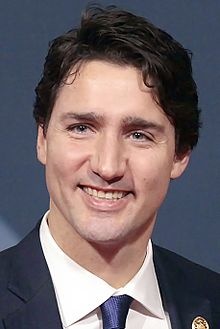 Trudeau's statement came after the High Commission of Canada on Thursday said that it has rescinded an invitation extended to Khalistan separatist Jaspal Atwal for a reception in honour of visiting Canadian Prime Minister Justin Trudeau.

''The High Commission has rescinded Mr Atwal's invitation,'' the mission said in a statement.  ''We do not comment on matters relating to the PM's security,'' it added.

Amid a raging controversy over the invitation sent to the Khalisan activist, a senior official in Trudeau's office said an invitation issued to Jaspal Atwal for a reception was a mistake and was rescinded as soon as it was discovered.

''His Excellency Nadir Patel, High Commissioner for Canada to India, is pleased to invite Jaspal Atwal to a dinner-reception celebrating Canada-India ties on the occasion of the visit of The Right Honourable Justin Trudeau, Prime Minister of Canada,'' the invitation read.

Coming on the back of the Canadian government's covert support for the Khalistani activists living in Canada, the High Commission's move has generated much heat in New Delhi.

Atwal was also convicted of attempted assassination in Canada in 1987,

Canadian minister for science and sports Kirsty Duncan, who is in Trudeau's delegation, also said that Atwal should never have been invited She said the matter was being looked into as to how it+ happened.

''The Sun was shown photos of Atwal with Sophie Trudeau, which confirm he is in India with Trudeau's delegation this week,'' the accompanying story said.

It stated that Atwal has also been photographed in India with Indian-origin Brampton South Liberal MP Sonia Sidhu.

Atwal was found guilty of attempting to assassinate then Punjab state minister Malkiat Singh Sidhu in 1986 when he was on a visit to Canada for a family wedding.

Sidhu was driving on a rural road in the small community of Gold River, British Columbia, when his car was ambushed by Sikh extremists. The car's windows were smashed and Sidhu was shot five times, but survived the assassination attempt.

''Four men, including Jaspal Atwal, were arrested and eventually sentenced to 20 years in prison. The men did not serve jail time, however, because CSIS (Canadian Security Intelligence Service) was found to have obtained evidence through an improperly obtained warrant,'' the Sun report said.

It also said that in 2011, Atwal lost a $28,000 decision against the Insurance Corporation of British Columbia in relation to a car fraud ring that included dozens of people.

''Atwal is a partisan activist in British Columbia and previously held a leadership position in Surrey with the Liberal Party of Canada,'' the report added.

Atwal is also a former member of the International Sikh Youth Federation (ISYF), a militant group that was banned in Canada and designated a terrorist organisation in 2003.

On a visit to India, Canadian Prime Minister and his family visited Agra, Ahmedabad, Mumbai and Amritsar but Prime Minster Modi tried to ignore him and has not issued any welcome statement.

While Modi did not meet Trudeau had a meeting with Punjab chief minister Amarinder Singh at Amritsar on Wednesday during which, Singh handed over a list of nine Canada-based operatives alleged to have been involved in hate crimes in Punjab by financing and supplying weapons for terrorist activities, and also engaged in trying to radicalise youth and children in the state.

While ties between New Delhi and Ottawa remain frosty with Canada offering a platform to Khalistan separatists, the two prime ministers are scheduled to hold a bilateral summit on Friday.