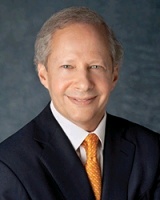 The Donald Trump administration has appointed Kenneth Juster as the United States Ambassador to India. He will soon be officially nominated by the President, the White House said on Friday.

The post has been lying vacant after the earlier US ambassador Robert Verma had to quit following the change of guard at the White House with Donald Trump becoming president in January.

Juster, 62, was deputy assistant to President Trump for International Economic Affairs until June and had emerged as the leading interlocutor for the administration with India.

As under secretary for industry and security in the US Department of Commerce, Juster was in India to carry forward the US-India dialogue on promoting high technology trade in 2003.

He has been in the administration for over 35 years and has held a number of key positions in the government. He was deputy director of the National Economic Council in the government former Republican President George W Bush,

Juster has been a partner at the investment firm Warburg Pincus LLC, executive vice president at Salesforce.com, and senior partner at the law firm Arnold & Porter. This, however, is seen as a drawback for someone representing state interests

Juster holds a law degree from the Harvard Law School, a master's degree in Public Policy from the John F Kennedy School of Government at Harvard, and a bachelor's degree in Government from Harvard College.

According to sources close the development, Juster has been actively involved in affairs related to India and played a key role in initiating bilateral talks under the new president. He knows India well and White House feels that he will be a great support to US interests in India.