Exiled Baloch leader Brahumdagh Bugti is set to get Indian passport after long negotiations with the Indian authorities, Geo News reported on Friday. 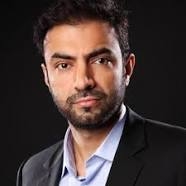 It said credible sources within the Baloch Republican Party (BRP) outlawed by Pakistan have confirmed that India has agreed in principle to grant citizenship to Brahumdagh Bugti and his key aides to enable them to move around freely in the world – in the same way that India has facilitated the Dalai Lama who uses an Indian passport to travel around the world to campaign against China.

Geo News says it has learnt from authoritative sources that Brahumdagh will formally apply for Indian citizenship in Geneva after a meeting of his banned party's officials in Geneva on 18th-19th September.

Brahumdagh's only sister is married to prominent Baloch leader Mehran Baloch, who is a British national but lives mostly in Dubai and is active in the United Nations Human Rights Council.

"Everything is agreed and settled between the Indian government and Brahumdagh. He will submit his official request to the Indian mission in Geneva after getting endorsement from his party," said the source.

The Indian establishment opened negotiations with Brahumdagh Bugti on granting him Indian citizenship earlier this year after he came to the view that he may not get Swiss passport anytime soon and could be staying confined in Switzerland for an indefinite time period.

On 16 January this year, Geo reported that the asylum application of the BRP leader has been turned down by the Switzerland immigration authorities. The BRP reacted with fury and said that the report was "propaganda" against the exiled Baloch leader.

But now Brahumdagh himself and the BRP officials accept that the grandson of Nawab Akbar Bugti had asked the Swiss immigration authorities to make a decision on his case but he was informed at the start of this year that his case "remains in the process" and "no time frame" can be given.

Bugti alleges that the Switzerland government is under pressure from Pakistan to not grant him citizenship status, enabling him to get the Swiss passport for travel.

At the first stage, it has been agreed that India will give citizenship to Brahumdagh and his key lieutenants in Switzerland including his trusted aides Sher Muhammad Bugti and Azizullah Bugti, says the report.

In the meeting on 18th and 19th September in Geneva, seven members of the 16-member BRP will be present to endorse Bugti's decision to openly gett help from India. The BRP members from Germany, London, Norway, Sweden, and Switzerland will attend this meeting.

Bugti fled his hometown Dera Bugti in Balochistan in 2006 following the assassination of his grandfather Akbar Bugti. He lived in Afghanistan as a state guest and was then flown from there to Switzerland. He reached Switzerland in late October 2010 and has been living there ever since on political asylum with his family.