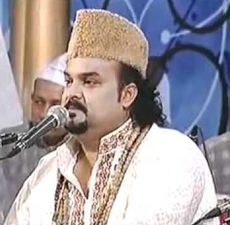 Famous Sufi singer Amjad Sabri was shot dead in Pakistan on Wednesday in an attack claimed by Islamic extremists.

Two attackers on a motorcycle opened fire on Amjad Sabri's car while he was on his way to a local TV appearance in the southern port city of Karachi, police officer Arif Mahar said. Sabri's brother, who was in the car with him, was wounded.

Sabri and his late father, Ghulam Farid Sabri, were well-known qawwali singers, a style of music rooted in Sufism, or Islamic mysticism. They carried on a family tradition that goes back to the 17th century, when their ancestors performed for the Mughal emperors who ruled much of the Indian subcontinent.

Islamic extremists have targeted Sufis in the past and destroyed their shrines, accusing them of promoting idolatry. A splinter faction of the Pakistani Taliban said it killed Sabri because he was a ''blasphemer''.

A blasphemy case was filed in 2014 against a local TV station after it aired a show in which Sabri sang a qawwali that made reference to historic religious figures. The case has been pending in court.

Karachi has long been gripped by violence, with attacks carried out by Islamic militants as well as ethnic separatists, criminal gangs and rival political parties. On Tuesday, gunmen killed a member of the Ahmadi religious minority, and the son of a provincial judge was abducted.