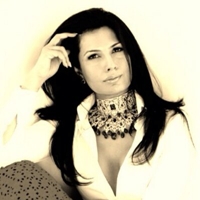 Noted designer Ritu Beri has been appointed adviser to the Khadi and Village Industries Commission (KVIC) for promotion of khadi in India and across the world.

The statutory body has appointed the fashion designer for a period of one year during which she will advise on ways to promote khadi.

Announcing the development, KVIC chairman Vinay Kumar Saxena said, "Beri would advise on introduction of state of the art multi-fashion designs and styles in khadi readymade garments and on promotion of Khadi in the country and abroad."

Saxena handed over the appointment letter to her in the capital where Bharatiya Janata Party MP Meenakshi Lekhi was also present.

Noting that Beri has 25 years of experience in the global fashion arena designing clothes for international and national celebrities including Bill Clinton, Prince Charles, Nicole Kidman and Ivana Trump, Saxena said, "We hope her association will help take Khadi to newer heights both locally and globally".

The KVIC is charged with the planning, promotion, organisation and implementation of programmes for development of Khadi and other village industries in the rural areas in coordination with other agencies engaged in rural development.