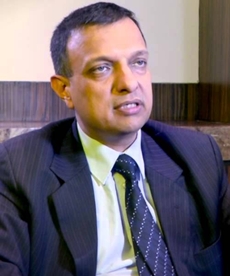 Nachiket Mor, a member of the central board of the Reserve Bank of India, will head the Bill and Melinda Gates Foundation in India from March. Mor is currently senior adviser for health with the world's largest private foundation, Live Mint reported.

Mor would take over from Girindre Beeharry the director, India country office, of the foundation in 2012.

He served as the founding president of ICICI Foundation from 2007 till 2011, and during the period was also the chair of the governing council of (Institute for Financial Management and Research) IFMR Trust and Board Chair of Financial Inclusion Network & Operations Ltd (FINO).

He also served as the board chair of CARE India, an NGO working on social issues with special focus women empowerment and empowerment of girls from poor and marginalised communities.

According commentators, Mor's background as head of a committe that proposed the idea of a differentiated banking structure must have weighed in his favour for the appointment.

The differentiated banking structure led to the award in-principle for small banks and payments bank. The proposed structure is expected to change the way banking is done in India. It would go a long way in fostering financial inclusion with the provision of banking services to the poor in remote parts of the country.

Gates foundation is also active in the fields of sanitation and agriculture, and works with the most vulnerable communities of the country.

The Bill and Melinda Gates Foundation is the largest private philanthropy organisation in the world. With a $40 billion endowment, it aims to tackle disease and poverty in the developing world.