The governing board of the Hyderabad-based International Crops Research Institute for the Semi-Arid Tropics (ICRISAT) today announced the appointment of Dr David Bergvinson as its next director-general of ICRISAT for a five-year term. 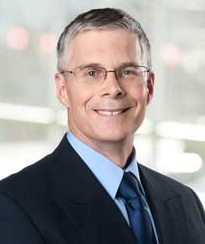 But, with the Modi government's crackdown on NGOs and their funding (which is actually little more than a strengthening of the policies of the previous government) the new ICRISAT director might find his task cut out for him.

Bergvinson is currently with the Bill and Melinda Gates Foundation in Seattle, USA, as senior programme officer, crop value chains and digital design for agriculture development. He has been with the foundation since 2007. He currently represents the foundation on the CGIAR Fund Council.

"Science should not be an end in itself. Science is a means to mitigate poverty, eradicate malnutrition and provide environmentally sustainable solutions to the most pressing challenges faced by the smallholder farmer. ICRISAT can achieve the impossible by forging strong partnerships with the public, private and civil society sectors.

''I look forward to working closely with all the staff and partners to realise ICRISAT's vision of a prosperous, food-secure and resilient dryland tropics," Bergvinson told newspersons in Hyderabad.

ICRISAT is a non-profit organisation that conducts agricultural research for development in Asia and sub-Saharan Africa with a wide array of partners throughout the world. Headquartered in Patancheru near Hyderabad, it has two regional hubs and six country offices in sub-Saharan Africa. It is a member of the CGIAR Consortium (formerly known as Consultative Group on International Agricultural Research).