Indian research should focus on issues that are more immediately concerned with problems like water, energy and environment, eminent scientist CNR Rao said on Wednesday. 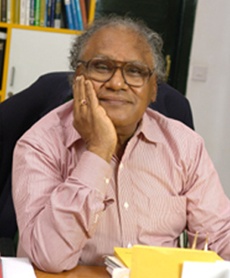 Delivering the first institute lecture ''Celebration of Science'' at IIT-Madras on Wednesday, Prof Rao lamented the fact that Indian scientists do 'routine' research and even the IITs don't spend time to solve burning social problems.

''Why do you want to do routine research as science keeps changing so there is no point doing routi­ne research,'' he said.

Professor Rao urged Indian scientists to pick up a good societal problem and solve it. He said the issue of getting recognised should not overly worry the scientists.

''You have to understand the developments in your field. Don't expect prizes all the time. Because research is exciting and doing it is exciting,'' he said, adding that Michael Faraday, who contributed to electromagnetism and electrochemistry, was perhaps the greatest of all scientists.

Rao, who currently serves as the head of the scientific advisory council of the prime minister, urged the scientists to stay ahead of the time and choose relevant problems that have not been solved yet.

''Science keeps changing, we have to change with it. This is something that we in India have not understood. ''

Quoting from science fiction writer Jules Verne, ''… water will be the coal of the future,'' Rao said studies related to extraction of hydrogen from water for addressing energy problems are important issues for the researcher.

Extracting hydrogen through artificial photosynthesis, splitting water and other methods are the topics to engage, he pointed out.

Rao has been conferred honorary doctorates by 60 universities from around the world. He has also authored around 1,500 research papers and 45 scientific books.

The government of India conferred upon him Bharat Ratna, on 16 November 2013, making him the fourth scientist after CV Raman, Visvesvaraya and APJ Abdul Kalam to have been honoured with the country's highest civilian award.