US space agency Nasa is planning to bring samples from Mars to Earth and is in search of a person to lead the mission which is called Mars Sample Return (MSR) Programme. 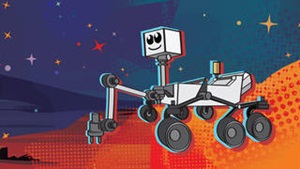 The person will be responsible for the implementation of all Mars sample return activities, beginning with mission formulation and continuing through design, development, launch and mission operations, NASA said in its job opening for the director of MSR.
The mission will use robotic systems and a Mars ascent rocket to collect and send samples of Martian rocks, soil and atmosphere to Earth for detailed chemical and physical analysis.
The European Space Agency (ESA) is working with NASA for the campaign slated to take place between 2020 and 2030.
NASA said it would pay an annual salary of up to $188,066 (roughly Rs 1.3 crore) per year to the selected person.
Three launches will be necessary to accomplish landing, collecting, storing, and finding samples and delivering them to Earth.
NASA's Mars 2020 mission, which is slated to launch in July this year, will explore the surface and rigorously document and store a set of samples in canisters in strategic areas to be retrieved later for flight to Earth. Two subsequent missions are foreseen to achieve this next step
A NASA launch will send the Sample Return Lander mission to land a platform near the Mars 2020 site. From here, a small ESA rover - the Sample Fetch Rover - will head out to retrieve the cached samples.
Once it has collected them in what can be likened to an interplanetary treasure hunt, it will return to the lander platform and load them into a single large canister on the Mars Ascent Vehicle (MAV).
This vehicle will perform the first liftoff from Mars and carry the container into Mars orbit.
ESA's Earth Return Orbiter will be the next mission, timed to capture the basketball-size sample container orbiting Mars.
The samples will be sealed in a biocontainment system to prevent contaminating Earth with unsterilised material before being moved into an Earth entry capsule, ESA said.
The spacecraft will then return to Earth, where it will release the entry capsule for the samples to end up in a specialised handling facility.
NASA also announced the selection of nine finalists in its Mars 2020 Rover naming contest. The finalists will now go for a voting by members of the public to choose their favourite name and hence the contestant(s).
Names of the nine candidates were made possible by the "Name the Rover" essay contest, which invited students in kindergarten through 12th grade from across the United States to come up with a fitting name for NASA's Mars 2020 rover and write a short essay about it.
More than 28,000 essays were submitted after the contest began on Aug. 28 last year. A diverse panel of nearly 4,700 judge volunteers, composed of educators, professionals and space enthusiasts from all around the country, narrowed the pool down to 155 deserving semifinalists from every state and territory in the country.
The "Name the Rover" public poll is now closed. Participants from all over the world shared their favorite names with NASA, submitting more than 770,000 votes in the poll of the nine finalists.  Thousands of volunteer judges helped review more than 28,000 essay submissions from K-12 students nationwide. Every state and grade level across the U.S. was represented when NASA announced the 155 semifinalists.
Come back in early March when NASA announces the essay contest winner.  NASA will invite the winning student to see the spacecraft launch in July 2020 from Cape Canaveral Air Force Station in Florida.  Meanwhile, you can learn more about the Mars 2020 mission, and even see where the rover is now.
The poll opened online on 21 January and closed at 9 p.m. PST (midnight EST) on 27 January. The results of the poll will be a consideration in the final naming selection.
After the poll closes, the nine student finalists will discuss their rover names with a panel including Glaze, NASA astronaut Jessica Watkins, NASA-JPL rover driver Nick Wiltsie and Clara Ma, who earned the honor of naming the Mars rover Curiosity as a sixth-grade student in 2009.
The contest will conclude in early March, when the rover's new name — and the student behind it — are announced. The grand prize winner will also receive an invitation to see the spacecraft launch in July 2020 from Cape Canaveral Air Force Station in Florida.
The currently unnamed rover is a robotic scientist weighing more than 2,300 pounds (1,000 kg). It will search for signs of past microbial life, characterize the planet's climate and geology, collect samples for future return to Earth and pave the way for human exploration of the Red Planet. Scheduled to launch in July or August 2020, the rover will land in Jezero Crater on 18 February 2021.
NASA’s Jet Propulsion Laboratory, Pasadena, California, which built the Rover, will also manage operations of the Mars 2020 rover for NASA's Science Mission Directorate. NASA's Launch Services Programme, based at the agency's Kennedy Space Center in Florida, is responsible for launch management.
NASA also displayed posters in which the space explorer said it is looking for all kinds of explorers for its Mars mission. “Mars will need all kinds of explorers, farmers, surveyors, teachers . . . but most of all YOU! Join us on the Journey to Mars as we explore with robots and send humans there one day,” reads a NASA web site release.
MORE REPORTS