Scientists at the National Aeronautics and Space Administration (Nasa) have found the first earth-sized planet with habitable potential with the presence of liquid water. The planet is also comparatively closer to our solar system. 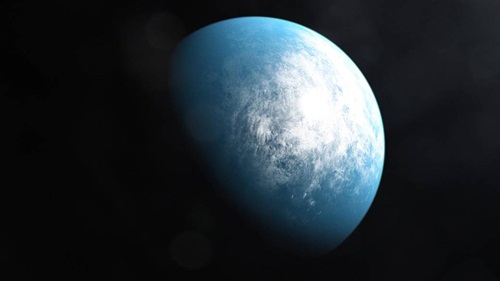 Nasa announced the discovery by its planet-hunter Transiting Exoplanet Survey Satellite (TESS) during the 235th edition of American Astronomical Society`s meeting in Honolulu, adding that the planet is orbiting around a star (TOI 700) not more than 100 light-years away from us.
The discovered Earth-size planet is in its star's habitable zone, the range of distances where conditions may be just right to allow the presence of liquid water on the surface.
TOI 700 is a small, cool M dwarf star located just over 100 light-years away in the southern constellation Dorado. It’s roughly 40 per cent of the Sun’s mass and size and about half its surface temperature. The star appears in 11 of the 13 sectors TESS observed during the mission’s first year, and scientists caught multiple transits by its three planets.
Scientists confirmed the find, called TOI 700 d, using NASA's Spitzer Space Telescope and have modeled the planet's potential environments to help inform future observations.
It is one of the three orbiting planets around the star and is at the ideal distance from its star to hold the capability of surface water. Astronomers have made sure of the planet`s potential with the help of the space research organization’s Spitzer Space Telescope.
The planet named TOI 700 d orbits its star at the farthest from as compared to the other two planets.
The others in its family, one which is closest to the star is rocky as earth and the second is at a gaseous stage as noticed.
The planet is tidally locked which means that one side of it is always exposed to daylight.
Earlier TOI 700 was thought to be hotter making the astronauts believe that all three of the planets wouldn`t be able to support life.
However, it cannot be determined if the planet behaves similarly to ours."Someday, when we have real spectra from TOI 700 d, we can backtrack, match them to the closest simulated spectrum, and then match that to a model," said Gabrielle Engelmann-Suissa, a Universities Space Research Association visiting research assistant at NASA`s Goddard Space Flight Center.
“TESS was designed and launched specifically to find Earth-sized planets orbiting nearby stars,” said Paul Hertz, astrophysics division director at Nasa Headquarters in Washington. “Planets around nearby stars are easiest to follow-up with larger telescopes in space and on Earth. Discovering TOI 700 d is a key science finding for TESS. Confirming the planet’s size and habitable zone status with Spitzer is another win for Spitzer as it approaches the end of science operations this January."
TESS monitors large swaths of the sky, called sectors, for 27 days at a time. This long stare allows the satellite to track changes in stellar brightness caused by an orbiting planet crossing in front of its star from our perspective, an event called a transit.
MORE REPORTS