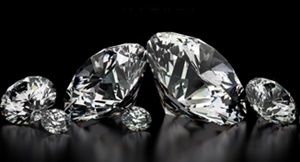 As per the merger deal approved by the boards of both exchanges, ICEX will hold 62.8 per cent stake in the merged entity while NMCE shareholders will own the remaining 37.2 per cent.

The merger, which is subject to regulatory approvals, is expected to be completed by December, the companies said.

The merger will create India's third largest commodities exchange, offering a wide range of contracts, including bullion, oil, rubber and other agri-commodities.

Currently, Multi Commodity Exchange (MCX) and the National Commodity and Derivatives Exchange (NCDEX) are the top two commodity bourses in the country, followed by ICEX, the third-largest.

''The large base of warehousing facilities of CWC with storage capacity of 9.89 million tonnes, will become available to the combined entity pan India, which will help generate more liquidity due to wider participation of the larger base of active members of the combined entity,'' said Anil Mishra, MD & CEO, NMCE.

The merger is expected to be completed by December 2017, subject to regulatory approvals.