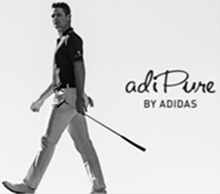 About half of the sale amount will be paid in cash and the remainder will be a combination of secured notes and other borrowing.

The acquisition is expected to close in 2017.

Adidas had last May announced that it plans to sell its TaylorMade, Adams and Ashworth brands to focus on higher-growth businesses, especially in apparel and shoes.

Adidas had acquired TaylorMade in 1997 as part of its $1.4-billion acquisition of French skiing label Salomon, and purchased smaller Ashworth in 2008 and Adams in 2012.

TaylorMade was founded in 1979 by golf equipment salesman Gary Adams with a focus on metalwoods.

TaylorMade's first-quarter 2017 net sales were $294 million, up 4 per cent on a currency-neutral basis year over year, but Adams and Ashworth were drags on the golf unit.

''TaylorMade is a leading global golf brand with an exceptionally strong market position,'' said Kasper Rorsted, CEO of Adidas. ''We would like to thank all TaylorMade employees for their many contributions to our company and wish them all the best for a successful future under their new ownership.''

''TaylorMade is one of the preeminent golf equipment brands worldwide, with leading-edge products that consistently provide consumers a distinct performance advantage over the competition,'' said David Shapiro, a managing partner of KPS, in a statement.

''The combination of this iconic brand and KPS' track record of working constructively with talented management teams to make businesses better will provide the ideal foundation for TaylorMade's future growth,'' he added.