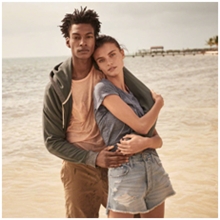 In January, the company announced it would be cutting 150 jobs at its corporate headquarters and would let the leases of approximately 60 US stores expire. This move came after it closed several other stores.

It recently announced a partnership with online fashion retailer Zalora, which has a presence in 11 countries, including Singapore, Thailand, Indonesia, Hong Kong, and the Philippines.

The agreement gave Abercrombie access to Zalora's 600 million online customers, located mainly in Southeast Asia, where the company does not have much of a retail presence.

Abercrombie & Fitch is an American retailer that focuses on upscale casual wear for teenagers through its own namesake brand and two other offshoot brands: Abercrombie Kids & Hollister Co.

It was founded in 1892 by David T Abercrombie and Ezra Fitch, and currently operates 1,049 stores.