A consortium, which includes three Chinese stock exchanges is set to acquire a 40-per cent stake in Pakistan Stock Exchange (PSX), the country's main bourse, in a deal estimated to be worth about $85 million. 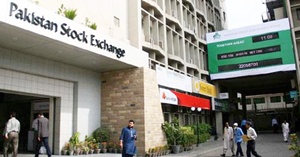 The Chinese consortium is offering Pakistan Rupee 28 ($0.27) per share to buy the stake, reports quoting a statement by the bourse's top official said.

At Pakistani rupees 28 per share, the potential deal is worth PKR896 crore ($85 million).

"The Divestment Committee will now issue the Letter of Acceptance to the above Consortium, subject to formal approval of Securities and Exchange Commission of Pakistan (SECP)," stated in a release.

Following the sale, the company will offer 20 per cent of its shares to the public, officials say.

The PSX is currently owned by more than 300 Pakistani brokers.

Confidence in Pakistan is growing, with the International Monetary Fund claiming in October that the country has emerged from crisis and stabilised its economy after completing a bailout programme.