Alibaba to price shares in IPO at $68 apiece 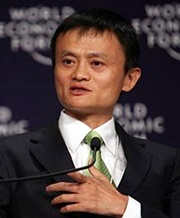 If subscribed fully, the e-commerce company would have an initial market value of $168 billion, which makes it one of the 40 biggest public companies globally, as per S&P Capital IQ, and worth higher than Boeing. Walt Disney and online shopping giant Amazon.

A section of early investors in Alibaba could net over $8 billion when the e-commerce company goes public.

The deal sets the stage for the shares to start trading on the New York Stock Exchange, under the ticker symbol BABA.

According to some analysts and investors, the deal price gave the stock room to rise on the open market, though its performance could depend heavily on whether markets were volatile today possibly due to uncertainty around the long-term effects of Scotland's independence vote - and whether bankers correctly read the intentions of investors.

Offering a total of 320 million shares, the company aims to raise $21.8 billion, topping the $19.7 billion initial offering of Visa Inc in 2008, Xinhua reported.

However, in the event the underwriters decided to exercise the right to purchase up to an aggregate of 48 million additional shares granted by Alibaba, the total funds raised would reach $25 billion, beating Agricultural Bank of China's IPO of $22.1 billion dollars in 2010 to emerge as the largest in the world.

The company would be valued at $168 billion at the IPO price of $68 per share.

The company's global roadshow got underway on 8 September in New York and received enough bookings for the offering within five days thanks to massive interests from investors.

The company founded by Jack Ma in 1999, counts among the largest e-commerce giants in the world controlling over 80 per cent of all online retail sales in China.

Alibaba's business model is a mix of Amazon and eBay, which in 2013 alone, handled $ 250 billion dollars worth of merchandise, more than Amazon and eBay combined.