The huge flows of foreign funds into the domestic capital market has not helped the primary market as most companies have kept off from issuing fresh capital. 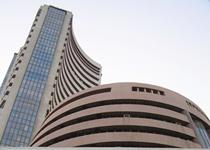 Corporates mobilised just Rs1,619 crore through initial public offers (IPOs) in 2013, the lowest in 12 years, according to data available with market regulator SEBI.

At the same time, investments by foreign institutional investors (FIIs) in the country reached all-time highs towards the close of 2013, most of which were in the secondary market, according to PRIME Database.

Corporates raised Rs37,535 crore through IPOs in 2010, the highest-ever, while capital mobilisation through IPOs had hit a low of Rs296 crore in 2001.

The IPO route for unlisted companies has been underutilised for the past three years, it said, adding that firms mobilised only Rs5,966 crore in 2011 and Rs6,938 crore in 2012.

Against this, fundraising from equity markets jumped 25 per cent year-on-year to Rs45,372 crore in 2013.

This, however, was mainly due to the surge in offer for sales by companies through stock exchanges, the new secondary sale mechanism that SEBI had opened to enable firms to comply with the minimum public shareholding requirements.

In all, 107 companies, which received SEBI approval since January 2009 to collectively raise Rs55,330 crore, allowed them to lapse despite approvals being valid for a period of one year, according to PRIME database, which compiles data on primary markets.

Of the 38 IPOs, only one was oversubscribed by more than three times. The highest oversubscription was for the Just Dial IPO (nine times), followed by GCM Securities and Sunstar Realty at two times each.

While the 35 SME (small and medium enterprises) IPOs were not open to retail investors, the allocation for them in the balance three IPOs where they could participate was very small.

In terms of number of applications, the highest number that was achieved was by Just Dial at 1.53 lakh. V-Mart Retail attracted 11,963 applications while Repco Home Finance could attract only 4,549 applications.

With the continuing uncertainty on the political as well as economic front, and a volatile secondary market, a revival in the IPO market is unlikely, at least in the immediate future, according to Pranav Haldea, managing director, PRIME Database.