The government has decided to allow foreign individuals to invest directly in the stock markets, as it seeks to garner foreign funds and shore up current account deficit. 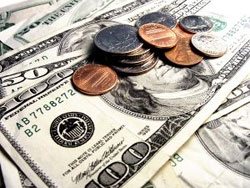 So far only institutional investors and non-resident Indians could invest directly in stocks. Foreign nationals were allowed to invest in India's equity market through indirect routes such as mutual funds or through institutional vehicles.

''The central government has decided to allow qualified foreign investors (QFIs) to directly invest in Indian equity market in order to widen the class of investors, attract more foreign funds, and reduce market volatility,'' the finance ministry said in a statement on Sunday.

A QFI is a foreign individual who trades in local equities through legitimate channels after making all necessary disclosures.

The new norms will come into effect from 15 January, the statement said.

It said the measures are intended to widen the investor class, attract more foreign funds, reduce market volatility and deepen the Indian capital market. Bigger dollar inflows will also help stem the rupee's slide, which shed 24 per cent against the dollar in 2011 and hit an all-time low of Rs54.30 to a dollar last month.

Foreign fund inflows, a major driver of Indian stocks, have dried up, with net outflows of about $380 million as of Wednesday, a far cry from record inflows of more than $29 billion in 2010 that had powered a 17 per cent rise in the benchmark index, following an 81 per cent surge in 2009.

Measures that boost capital inflows are high on the government's agenda as the global downturn led by the euro zone crisis has led to investors pulling money out of Indian equities. For India, the problem has been compounded by a slump in investor confidence because of policy inaction leading to a sharp fall in new projects.

FIIs pulled out money - making a profit in the process - citing a decline in economic growth, to below 7 per cent and widely-publicised difficulties in obtaining regulatory clearances in the country. Net outflows exceeded $450 million last year, according to data compiled by the Securities and Exchange Board of India.

The country's current account deficit is close to 3 per cent, above the 1-1.5 per cent levels the government has been comfortable with.

Making it easier for wealthy investors to buy Indian equities could be one way of bridging the gap, market participants said. Such inflows are under the capital account.

The finance ministry official said there were significant number of investors in Europe keen to invest directly in Indian stocks. "We expect significant inflows as Indian companies offer much higher yields."

Despite the current hiccups, India is seen as a promising long-term investment destination given its strong economic growth at a time the developed world is struggling. While growth has slipped below 7 per cent in the last quarter, most of the world's major economies are growing below 2 per cent.

Salient features of the scheme:

SEBI and the RBI will issue relevant circulars to operationalise the scheme by 15 January, the finance ministry release added.