US oil refineries that are unable to sell petroleum coke, a leftover from refining heavy crude like the Canadian tar sands, in the US, are exporting vast quantities of the dirty fuel to India and other countries, says a report. 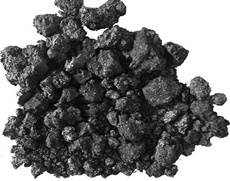 Petroleum coke or pet coke, a leftover from refining heavy crude, is cheaper and provides more heat than coal, but it contains more planet-warming carbon and far more sulphur that can harm human health, says a report in The Economic Times.

Energy-hungry India also bought almost a fourth of the fuel grade "petcoke" the US shipped last year, the report quoted from an Associated Press investigation finding.

Small and medium factories in India that account for at least a quarter of the country's energy consumption, use pet coke and are not bothered about the pollution.

While the Indian environment ministry blames the burning of farm waste in Punjab and Haryana for the capital's pollution problem it denies pet coke harms Delhi's public health.

However, the National Green Tribunal had, in May, asked the government to investigate pet coke's health impacts. The Supreme Court also later banned use of pet coke by some industries in neighbouring states and demanded further limit on its use nationwide

The US sent more than 8 million tonnes of pet coke to India - about 20 times more than in 2010 – which is about eight times the volume of the Empire State Building, the report states.

The pet coke burned in factories and plants in India is contributing to dangerously filthy air in India, according to the report.

According to the report, the extreme levels of air pollution in and around the national capital can be attributed to the use of pet coke, which produces more sulphur than any coal.

Tests on imported pet coke in the capital have found 17 times more sulphur than the limit for coal, according to the Central Environmental Pollution Control Authority.

Pet coke has been an important fuel used in India for decades, and India also produces pet coke domestically, which adds to the pollution, say industry experts.

Environmental experts say the US, which is the world's biggest producer of pet coke is, in fact, exporting its own environmental problem to India.

"We should not become the dust bin of the rest of the world," said Sunita Narain, a pollution authority member who heads the Center for Science and the Environment. "We're choking to death already."

Reports say, oil refiners in the US built several refining units called cokers to process heavy crude into various petroleum products, but had to find a way to dispose of the huge stocks of refinery waste called pet coke.

The American Fuel and Petrochemical Manufacturers told the AP that cokers "allow the United States to export petroleum coke to more than 30 countries to meet growing market demand."

But experts say it's not demand that drives US refiners to sell this waste product. They just need to get rid of it, and are willing to discount it steeply.

Among the largest traders in pet coke are Oxbow Energy Solutions and Koch Carbon, led by members of the politically conservative Koch family.

The AP report says neither US oil companies or traders nor Indian buyers would talk about pet coke.