Candu Energy Inc, a Canadian wholly-owned subsidiary of engineering giant SNC-Lavalin Inc, specialising in the supply of nuclear reactors, has signed a binding agreement with China Nuclear Power Engineering Company (CNPEC) for the construction of two nuclear reactors in Cernavoda in Romania. 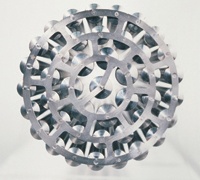 In late 2013, China had signed a series of agreements with Romania in various fields including nuclear power, technology, thermo-electric and livestock exports to strengthen economic ties between the two nations.

In June, Romanian vice-premier Liviu Dragnea said that the Industrial and Commercial Bank of China (ICBC) had agreed to finance the construction of the two new nuclear reactors at Cernavoda, estimated to cost around €6 billion ($8.3 billion).

''Today's agreement deepens our strong ties with both the Romanian and Chinese nuclear industries, as Candu reactors have operated in both countries for more than a decade,'' Preston Swafford, Candu Energy president and CEO.

The two operating reactors, which came into service in 1996 and 2007, account for about 20 per cent of Romania's energy supply.

Candu nuclear reactors are in operation in Ontario, New Brunswick, and Quebec in Canada, Argentina, China, South Korea, Romania, India and Pakistan with an overall installed capacity of 22,000 megawatts (MW). The company is also pursuing new opportunities in the UK and China.

Candu Energy had supplied two 700-MW nuclear reactors to China for its Qinshan Phase III nuclear plant, located near Shanghai. Completed in 2003, the units are among the best performing nuclear reactors in China with lifetime capacity factors of over 91 per cent.

Romania is looking to purchase two 700-MW Candu 6 reactors. Eleven of such reactors are in operation worldwide. The reactors will be engineered to take into account additional safety measures mandated in the aftermath of Japan's Fukushima Daiichi nuclear disaster in 2011.

''This project stands to make a meaningful contribution to Canada's economy and support highly-skilled jobs here at home.  It demonstrates the tremendous export value of Canadian nuclear expertise,'' Swafford said.