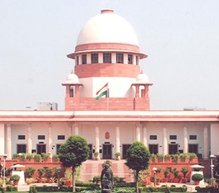 In his application, advocate M L Sharma has submitted that the prime minister should also be questioned as he himself recently justified the decision taken by him as coal minister to allocate the natural resources to Hindalco on which the FIR has been filed.

"The probe is still going on and it is for the CBI officials to look into it," a bench comprising justices R M Lodha, Madan B Lokur and Kurian Joseph, said.

"You are reaching at the conclusion when the probe is going on," the bench headed by Justice Lodha said.

The bench also rejected another application seeking its direction to the prime minister to file an affidavit to make his stand clear on the allocation of coal blocks, which is under the CBI's scrutiny.

The petition also sought court's direction to government to place before the bench all the recommendation letters written by various ministers in favour of private companies for allocation of blocks.

"Prime minister Manmohan Singh was in direct charge of the coal ministry as the coal minister in 2005 and had decided to allot the coal block to various allottees including Hindalco," the application filed by L Sharma said.

Sharma is one of the petitioners on whose PIL the apex court is monitoring the probe in Coalgate.

Sharma pointed out that it was for the first time since the coal block allocation scam cropped up that the prime minister has opened up on one allocation.

"But there have been more than 150 coal block allocations, so will he be able to explain all of them?" he asked.

The PMO had on 19 October defended the decision to allocate the coal block to Hindalco as "appropriate" and said the prime minister had approved it on the basis of "merits" of the case.