US generic drugmaker Akorn Inc has filed a lawsuit in a Delaware court against Fresenius SE & Co KGaA after the German healthcare group terminated their $4.75-billion takeover agreement. 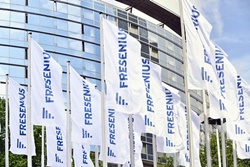 Hamburg-based Fresenius yesterday terminated the deal alleging that Akorm had misled it during the due-diligence process.
Fresenius said that its decision for terminating the merger agreement was based on, among other factors, material breaches of FDA data integrity requirements relating to Akorn’s operations found during its own independent investigation.
Fresenius added that it offered to delay its decision in order to allow Akorn additional opportunity to complete its own investigation and present any information it wished Fresenius to consider, but Akorn has declined that offer.
Akorm said in a short statement, “We categorically disagree with Fresenius’ accusations. The previously disclosed ongoing investigation, which is not a condition to closing, has not found any facts that would result in a material adverse effect on Akorn’s business and therefore there is no basis to terminate the transaction.”
“We intend to vigorously enforce our rights, and Fresenius’ obligations, under our binding merger agreement,” the statement added.
When the deal was announced in April, Akorn had agreed to pay a $129 million termination fee if the agreement fell through.
Akorn, which had a market cap of about $3.7 billion in April, is a niche pharmaceutical company that develops, manufactures and markets generic and branded prescription drugs as well as animal and consumer health products.
It specialises in difficult-to-manufacture sterile and non-sterile dosage forms including, ophthalmics, injectables, oral liquids, otics, topicals, inhalants, and nasal sprays.
The Illinois-based company markets its products to retail pharmacies, ophthalmologists, optometrists, physicians, veterinarians, hospitals, clinics, wholesalers, distributors, group purchasing organisations, and government agencies.
Akorn has its Research and Development facilities in Vernon Hills, Illinois, Cranbury, New Jersey, and Copiague, New York,  and manufacturing facilities in the US, India, and Switzerland.
Founded in 1912, Fresenius is a diversified medical equipment company that provides products and services for dialysis, hospitals as well as inpatient and outpatient medical care.
The company focuses on hospital management as well as on engineering and services for medical centres and other health care facilities.
With activities spanning about 100 countries on six continents, the company employs over 230,000 people and has a market cap of €36.41 billion.
MORE REPORTS