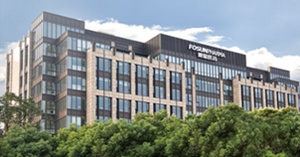 Gland Pharma founders and US private equity firm KKR jointly own about 96 per cent of the company worth between $1 billion and $1.5 billion.

Shanghai Fosun said that it has made the buyout offer through its unit Fosun Industrial Co Ltd.

KKR invested about $200 million in Gland Pharma in 2013 for a near 30 per cent stake, valuing the company at about $600 million. (See: US buyout firm KKR to invest $200 mn in Gland Pharma) The KKR transaction saw Gland Pharma's Ravi Penmetsa and other shareholders reducing their stake to a little over 60 per cent in the company.

Founded in 1978 as an exclusive facility for Small Volume Parenterals (SVPs), Gland Pharma is India's leading manufacturer of low molecular weight heparin and other niche products in the cardiovascular and orthopaedic segment.

The unlisted company set up an injectables facility in 1996 in collaboration with Vetter Group of Germany, Europe's leading contract manufacturing company for injectables in pre-filled syringes.

The unlisted company has pioneered Heparin technology in India and is a leader in the GlycosAminoGlycans range of molecules.

The company manufactures active pharmaceutical ingredients and injectable formulations for niche segments such as osteoarthritis, anti-coagulants, gynaecology, and ophthalmology.

The company became the first in India in 2003 to get US Food and Drug Administration (FDA) approval for pharmaceutical liquid injectable products. The company also pioneered pre-filled syringe technology in India and exports products in the format to the US market.

Since 2010, Fosun has spent billions buying foreign firms in the healthcare, tourism, fashion firms and banking industry in the US and Europe.

It also holds a majority 95.6-per cent stake in Alma Lasers, an Israel-based manufacturer of lasers used in cosmetic surgery.