ZTE agrees to $2.29 bn penalty for US sanctions violations

Chinese telecom company Zhongxing Telecommunications Equipment Corporation (ZTE) has got a fresh lease of life thanks to a $2.29-billion settlement brokered between it and the US government. 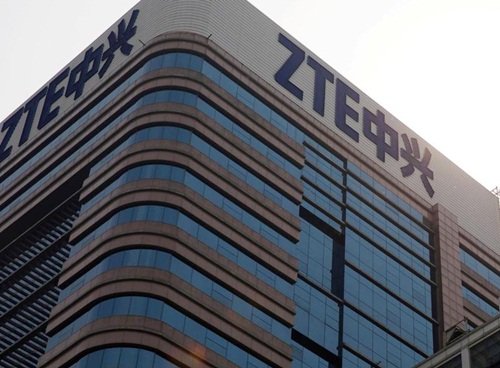 Under the new agreement, ZTE must pay $1 billion and place an additional $400 million in suspended penalty money in escrow before BIS will remove ZTE from the `Denied Persons List’. These penalties are in addition to the $892 million in penalties ZTE has already paid to the US government under the March 2017 settlement agreement.
US Secretary of Commerce Wilbur Ross on Thursday announced the deal under which ZTE Corporation and ZTE Kangxun, both based in Shenzhen, China and collectively called ZTE, agreed to severe additional penalties and compliance measures to remove the Bureau of Industry and Security’s (BIS) denial order imposed as a result of ZTE’s violations of US sanctions.
In April, the US Department of Commerce issued an order barring US companies from selling software or hardware to ZTE for seven years, after the company violated US sanctions by working with Iran and North Korea (See: US cracks down on Chinese tech firm ZTE, UK issues warning).
Key US components — such as glass from Corning, processors from Qualcomm, and software from Google’s Android — were no longer available to the company, meaning it could not make many of its phones.
The US denial order had forced the company, which was the world’s fourth-largest Smartphone manufacturer in 2012, to halt production on its products.
ZTE will also be required by the new agreement to retain a team of special compliance coordinators selected by and answerable to BIS for a period of 10 years. Their function will be to monitor on a real-time basis ZTE’s compliance with US export control laws. This is the first time BIS has achieved such stringent compliance measures in any case.
Besides, ZTE is required under the new agreement to replace the entire board of directors and senior leadership for both entities.
Under the new agreement, the BIS can once again impose a denial order, this time for 10 years, in the event of additional violations during the ten-year probationary period. These collectively are the most severe penalty BIS has ever imposed on a company.
“Today BIS is imposing the largest penalty it has ever levied and requiring that ZTE adopt unprecedented compliance measures,” said Secretary of Commerce Wilbur Ross. “We will closely monitor ZTE’s behavior. If they commit any further violations, we would again be able to deny them access to US technology as well as collect the additional $400 million in escrow. The first settlement with ZTE set a record for civil and criminal penalties in an export control case.  This new settlement agreement sets another record, and brings the total penalties assessed on ZTE to $2.29 billion.”
The purpose of this settlement is to modify ZTE’s behaviour while setting a new precedent for monitoring to assure compliance with US law. Embedding compliance officers into the company vastly improves the speed with which the US Department of Commerce can detect and deal with any violations.
On 15 April 2018, BIS activated the suspended denial order against ZTE in response to ZTE falsely informing the US government that it would or had disciplined numerous employees responsible for the violations that led to the March 2017 settlement agreement.
ZTE instead rewarded that illegal activity with bonuses. This action followed the March 2017 settlement agreement, in which ZTE agreed to a then record-high BIS civil penalty of $661 million, after engaging in a multi-year conspiracy to supply, build, and operate telecommunications networks in Iran using US-origin equipment in violation of the US trade embargo, and committing hundreds of US sanctions violations involving the shipment of telecommunications equipment to North Korea.
They also made false statements and obstructed justice by creating an elaborate scheme to prevent disclosures to and affirmatively mislead the US government.
In addition to monetary penalties, ZTE agreed to a seven-year suspended denial of export privileges, which could be activated if any aspect of the agreement was not met and / or if the company committed additional violations of the Export Administration Regulations.
MORE REPORTS