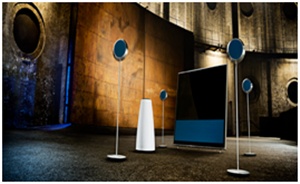 "The company has initiated a dialogue to investigate and analyse the firmness of these approaches," the Struer, Denmark-based company said in a statement. ''The talks may or may not lead to an offer for the whole or part of the share capital.''

The announcement sent the share price of the company soaring by 32 per cent, giving it a market cap of $455 million.

B&O had early this year announced that it would be open to merge with rivals after it issued a profit warning at the end of 2014 and reported a loss before tax of 803 million crowns for the fiscal year 2014-15.

B&O was founded in 1925 by Peter Bang and Svend Olufsen, two engineers devoted to high quality audio reproduction. Since then, the brand has become an icon of performance and design excellence.

Today, B&O is world renowned for its distinctive range of quality televisions, music systems and high-performance loudspeakers and its products are sold mainly by an extensive, independent retail network across more than 100 countries.