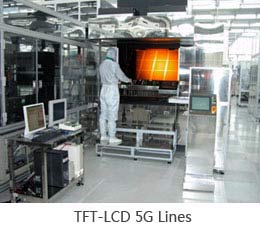 The new investment by BOE, whose major shareholders are state-owned enterprises in Beijing, Hefei and Chengdu, is expected to give a shot in the arm to the local economy.

Also, with more overseas LCD panel makers, mainly the Taiwan firms, moving their factories to the Chinese mainland, the LCD market in China is expected to get more crowded.

Earlier this week South Korean LCD maker LG Display Co. said that it intends to build an LCD plant in the southern Chinese city of Guangzhou that could cost more than $3 billion.