The National Company Law Tribunal (NCLT) has ordered the liquidation of Bharati Defence and Infrastructure Ltd after rejecting a resolution plan submitted by Edelweiss Asset Reconstruction Co Ltd for the debt-laden shipbuilder. 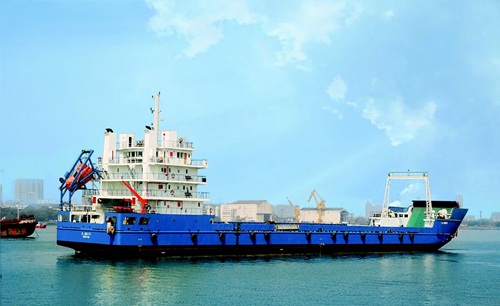 Edelweiss ARC submitted the resolution plan after it became a financial creditor by taking over debt of Rs6,248.84 crore from some 20 lenders by paying Rs1,813.90 crore, probably under a deal with creditor banks.
The Committee of Creditors (CoC) also backed the resolution plan as Edelweiss ARC had an 82.7 per cent voting share as a financial creditor, which triggered a backlash.
The decision by the Mumbai bench of the NCLT would stymie construction of two dozen defence vessels, render 850 employees jobless and cause a Rs11,373.40-crore loss to creditor banks.
In its 14 January order, the Mumbai bench of NCLT said Edelweiss did not give a practical and viable plan to manage?the affairs of Bharati ?Defence and rejected resolution plan.
The closure of Bharti Defence and Infrastructure Ltd, which was once India’s second biggest private shipyard with a much sought-after licence to build warships, would render more than 850 employees without a job.
By throwing out the resolution plan, the Mumbai bench of the National Company Law Tribunal (NCLT), has “foiled the game plan of Edelweiss ARC”, said a person tracking the case.
The resolution plan was backed by the Committee of Creditors (CoC) in which Edelweiss ARC had an 82.7 per cent voting share as a financial creditor, triggering a backlash. Edelweiss ARC became a financial creditor after taking over debt of Rs6,248.84 crore from some 20 lenders by paying Rs1,813.90 crore.
NCLT cast doubts over the genuineness of the plan. “The resolution applicant has not given a practical and viable plan to manage the affairs of the corporate debtor (Bharati). The plan contains a lot of uncertainties, a lot of speculation. The public shareholding in the company would be reduced to a mere 2 per cent from the current substantial level of approximately 60 per cent,” the NCLT noted.
Of the orders for constructing 24 defence vessels for the Navy and the Coast Guard, the resolution plan has sought to build nine and cancel the balance without being liable to pay penalty for such cancellations.
Edelweiss ARC also did not offer to put any upfront money for turnaround of the ailing shipyard and instead tried to use the Insolvency and Bankruptcy Code (IBC) as an arbitrage to hold the asset and to wait for valuations to go up before selling the company at a profit.
The resolution plan proposed to pay Rs400 crore to financial creditors at the end of 3 years as against Rs11,373.40 crore debt, which translates into a mere 3.5 per cent of the outstanding debt.
On the other hand, the valuation of Bharti defence would have run into thousands of crores of rupees, which implies that Edelweiss ARC could make a huge profit from the resolution process without bringing in any money.
Edilweiss would have acquired the entire controlling interest of the corporate debtor whose market value would run into thousands of crores as per the valuation done by a registered valuer.
The proposed plan is not in the interest of all stake holders including the financial creditors and such a plan can’t be approved, the NCLT wrote and directed the liquidator to start the process of sale of Bharati Defence and Infrastructure Ltd as a whole on a going concern basis.
MORE REPORTS