The Cabinet Committee of Economic Affairs (CCEA) on Wednesday cleared the purchase of a controlling 51-per cent stake in IDBI Bank by state-owned Life Insurance Corporation (LIC), sources said. This would take government's stake in the public sector IDBI Bank down from the current 80.96 per cent to around 45 per cent. 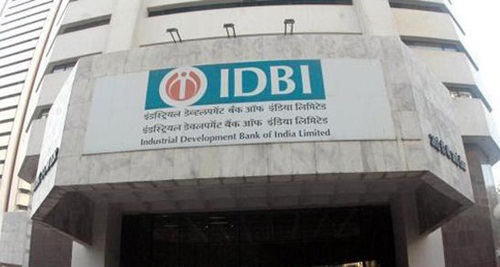 As per the proposal, the debt-laden bank will issue preferential shares to LIC to raise capital. The deal was approved after a meeting of the Union cabinet chaired by Prime Minister Narendra Modi.
LIC already has an over 10-per cent stake in the bank and will acquire the remaining for majority holding.
"Government has infused capital to the tune of Rs16,000 crore since 2015 ... for further capital infusion, expansion of the bank's reach and bringing professional management at the bank, Cabinet has approved LIC to take over IDBI Bank," interim finance minister Piyush Goyal told reporters.
"IDBI will be a 51-per cent subsidiary of LIC," Goyal added.
The board of IDBI bank was awaiting the centre's approval to accept LIC's offer to acquire the stake in the bank. The state-run insurance corporation had proposed to increase its stake in the bank after its board gave nod to the move on 16 July.
Although the proposed acquisition by LIC would not bring any money to the government, the bank would get capital support of between Rs10,000 crore and Rs13,000 crore, depending on the share price.
"The boards of both LIC and IDBI Bank have approved the acquisition ... IRDAI (the Insurance Regulatory and Development Authority of India) has also given in-principle approval ... once the final approval by IRDAI is received, due diligence will be done and fresh equity will be issued to LIC by IDBI," Goyal said.
Rubbishing talk of a negative impact of the deal on LIC, Goyal said that the deal is a "win-win" move for both the entities.
"Just like every other insurance company is attached to a bank, LIC will now be attached to IDBI Bank ... the move will help LIC get 2,000 bank branches of the bank to market its policies across country," he said, adding that after the deal, income of the bank will increase.
The move will also help IDBI Bank to come out of prompt corrective action (PCA) in future, the minister said, adding that the synergies from the merger will help both LIC and IDBI bank to have "better customer acquisition and flexibility of operation".
LIC received IRDAI approval to hold more than 15 percent stake in the bank. As per insurance laws, an insurer can only hold 15-per cent stake in a single investee company. LIC will be an exception to this and hence required special permission from IRDAI.
IRDAI had approved the deal on the condition that the life insurer will gradually bring its stake in the bank down after a few years.
IDBI Bank’s gross non-performing assets stood at 27.95 per cent at the end of Q4FY18, Moneycontrol reports. During the fourth quarter of FY18, IDBI Bank's provisions for non-performing assets rose by 77.9 per cent to Rs10,773.30 crore from Rs6,054.39 crore in the year-ago period.
MORE REPORTS