Tokio Marine Holdings Inc today said it will acquire US-based HCC Insurance Holdings Inc for $7.5 billion, in the biggest overseas deal ever made by a Japanese non-life insurance company. 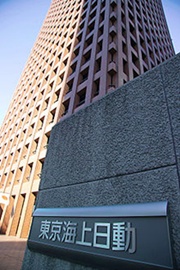 HCC Insurance provides medical stop-loss insurance through brokers, consultants and third party administrators and also specialises in providing short-term medical coverage in the US and international medical coverage across 130 countries for individuals and groups.

Under the agreement, the insurer said it would pay a premium of 35.8  per cent on the average price of the insurer? stock held by common shareholders over the past month.

The past few years had seen Tokio Marine, Japan's  biggest non-life insurer become very active in overseas acquisitions. It bought UK insurer Kiln for around ¥95 billion and US-based Philadelphia Consolidated Holding Co for $4.7 billion in 2008. Its most recent deal saw it buy US Delphi Financial Group Inc for $2.66 billion.

According to the company, the transaction was expected to be completed in the fourth quarter.

The insurer had spent over $8 billion on international deals since 2008, including US insurer Philadelphia Consolidated.

HCC's CEO Christopher JB Williams added, "With Tokio Marine, HCC gains an international footprint to expand our diverse portfolio and expertise globally, a financial foundation on which to compete with larger insurers and the opportunity to offer our clients expanded coverages."

The premium Tokio Marine offered almost exactly matched what Japanese insurers had paid on average over the past five years, data showed. Globally, premiums in insurance takeovers averaged 23.7 per cent over the period.

''They're buying a really good company, so perhaps they didn't have a choice'' but to pay the premium, said Yuki Ishii, an analyst at Mitsubishi UFJ Morgan Stanley Securities Co Ltd, Bloomberg reported. ''It's not exactly cheap.''

In its latest financial year, Tokio Marine derived 71 per cent of revenue from Japan and the HCC purchase fitted in with the long-term strategy of focusing on overseas deals rather than doing share buybacks, Ishii said.

The acquisition of HCC enhances Tokio Marine's operations in the United States, the largest insurance market in the world, and internationally.

In a press release Tokio Marine said, "With strong business platforms in Japan and in international markets, the transaction solidifies Tokio Marine's standing as a truly global insurer with premier specialty franchises.

HCC has a proven track record of disciplined growth and best-in-class underwriting profitability, with industry leading underwriting experts across its businesses.