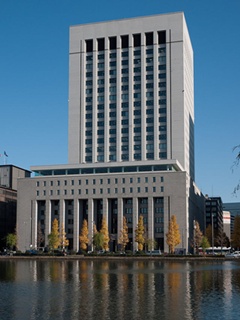 The proposed deal is the biggest overseas acquisition by a Japanese life insurer, and the second-biggest takeover of a US company by a Japanese firm in the past 12 months, according to Bloomberg data.

Dai-ichi Life said that it will sell up to ¥250 billion ($2.4 billion) of shares to fund part of the acquisition.

Founded in 1907 and listed on the New York Stock Exchange, Protective Life is a medium-sized life insurer operating in the individual life and annuities business nationwide with a market share ranking of 36th in the US as measured by group premium income.

The acquisition will make Dai-ichi Life the 13th largest global insurer, with total assets of $424 billion and boost its premium income to about ¥4.65 trillion.

Founded in 1902, Dai-Ichi is the oldest mutual insurance company in Japan and has total assets of ¥33,474 billion .

In India it has as joint venture called Star Union Dai-ichi Life Insurance Co Ltd with Bank of India and Union Bank of India.