The combined net profit of non-life insurance companies operating in the country rose over 131 times to Rs3,282 crore so far during the current financial year, compared to a mere Rs25 crore during the same period in the previous financial year. 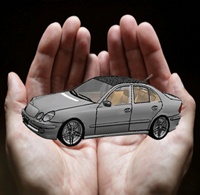 During the same period, the net profit of life insurance industry grew 16.3 per cent to Rs6,948 crore from Rs5,975 crore in the previous year.

Of the 24 life insurance companies in operation, 17 companies reported profits, according to the annual report of the Insurance Regulatory and Development Authority (IRDA) for the year 2012-13 released on Wednesday.

Market leader Life Insurance Corporation of India (LIC) saw its market share increase from 70.68 per cent to 72.70 per cent with the addition of 442,000 new policies during the year. Private insurers' business declined by 7.4 per cent. The premium income in the life insurance sector was almost flat at Rs2,87,000 crore, largely on account of an increase in the business of LIC.

At the same time, the management expenses had gone up due to increase commission expenses, among others.

The assets under management of life insurance companies had grown 11.5 per cent at Rs16,80,000 crore.