The Reserve Bank of India (RBI) on Tuesday announced relaxed norms on restructuring of loans to the micro, small and medium enterprises (MSME) sector. Accordingly, financially troubled MSME units are permitted to undertake a one-time restructuring of existing loans under certain conditions. 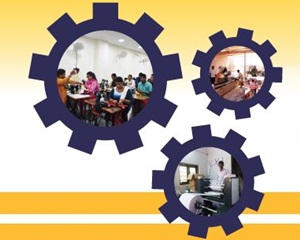 MSME loans worth up to Rs25 crore in the default but standard category as on 1 January 2019 will be allowed a one-time restructuring, RBI said, adding that such restructuring will be permitted "without an asset classification downgrade".
To be eligible for the scheme, the aggregate exposure, including non-fund based facilities of banks and NBFCs, to a borrower should not exceed Rs25 crore as on 1 January 2019. The restructuring has to be implemented by 31 March 2020.
RBI also asked banks to make a provision of 5 per cent in addition to the provisions already held in respect of accounts restructured under this scheme. Each bank/NBFC should formulate a policy for this scheme with board approval, which shall inter alia include framework for viability assessment of the stressed accounts and regular monitoring of the restructured accounts.
The decision was taken at the meeting of the central board of RBI on 19 November 2018. The matter was also discussed during RBI’s recent interactions with the banks and other stakeholders.
RBI said the decision has been taken to facilitate meaningful restructuring of MSME accounts that have become stressed.
Micro, small and medium enterprises (MSMEs) form an important component of the Indian economy and contribute significantly to the country’s GDP, exports, industrial output, employment generation etc. Considering the importance of MSMEs in the Indian economy, it is considered necessary at this juncture to take certain measures for creating an enabling environment for the sector, the central bank added.
MORE REPORTS