Reserve Bank of India (RBI) has received the go-ahead from the finance ministry for the printing and introduction of plastic notes of Rs10 denomination and the central bank proposes to introduce these in five cities across the country with diverse geographical and climatic conditions, initially. 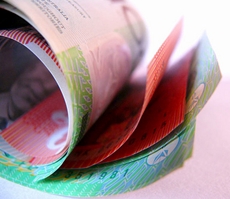 The notes are considered to be cleaner than paper currency, last longer and are difficult to counterfeit, says the finance ministry.

However, the plastic coating which promises to extend the life of cash currency by up to two-and-a-half years is prone to sticking and users could be at risk of handing over two of the new plastic banknotes when they needed to hand over one. This was a stark warning from the Bank of England in June last year (New plastic bank notes prone to stick together warns Bank of Enland ).

The finance ministry has authorised the RBI to go ahead with the procurement of the requisite plastic substrate material for the printing of Rs10 notes, minister of state for finance Arjun Ram Meghwal told Parliament on Friday.

"Approval for procurement of plastic substrate and printing of bank notes of Rs10 denomination on plastic banknote substrates has been conveyed to the RBI," Meghwal said.

''Over the years, central banks across the world have been exploring different solutions for extending the life cycle of bank notes. These include introduction of plastic ones and other developments in substrates for enhancing durability including use of natural fibre blends and varnish,'' he pointed out.

RBI has for long been planning to launch plastic currency note after field trials. In February 2014, the BJP government had informed the Parliament that one billion plastic notes of Rs10 denomination would be introduced in a field trial in five cities (India to issue plastic Rs10 notes soon on trial basis).

The cities selected at the time were Kochi, Mysuru, Jaipur, Shimla and Bhubaneswar, but it's not clear if the same cities will be considered for the upcoming field trials.

''It has been decided to conduct a field trial with plastic bank notes at five locations of the country. Approval for procurement of plastic substrate and printing of bank notes of Rs10 denomination on plastic substrates has been conveyed to RBI,'' Meghwal said in a written reply to a question in the Lok Sabha.