Singapore’s DBS Group has expanded many-fold in India with the completion of its takeover of distressed Lakshmi Vilas Bank, under a scheme of amalgamation brought forward by the Reserve Bank of India (RBI) and the Government of India. 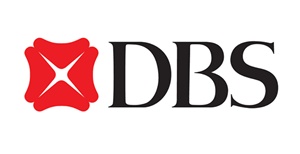 DBS, Southeast Asia’s largest lender, which had until recently just over 30 branches in India, has now added more than 550 branches and 900-plus ATMs, helping it shift from a largely digital presence in India to having hundreds of branches.
DBS said it will continue to employ some 4,000 LVB staff and also invest Rs2,500 crore into its India unit.
The 94-year old Chennai-based private bank was folded into DBS’s Indian subsidiary at the request of the Reserve Bank of India which cited a serious deterioration in its finances.
DBS has started renaming LVB branches and reconfiguring of ATM screens to reflect DBS’s logo, according to reports citing source familiar with the matter.
With effect from 27 November 2020, Lakshmi Vilas Bank (LVB) has been amalgamated with DBS Bank India Limited (DBIL) under a scheme of amalgamation under Section 45 of the Banking Regulation Act, 1949, India, DBS stated in a release.
“The amalgamation gives DBS a significantly larger footprint in South India and also supports our “phygital” (digital-led with a physical presence) growth strategy in the rest of India. While DBIL is currently well capitalised and can complete the amalgamation based on the current Capital Adequacy Ratios, DBS Group will be investing an additional Rs2,500 crore by way of equity capital in to DBS Bank India Limited to ensure that the expanded operations remain well capitalised and has the capacity to grow,” DBS stated in its release.
DBS has been in India since 1994. In March 2019, the bank converted itself to DBS Bank India Ltd. a wholly owned subsidiary of DBS , as of November 2020, to expand the franchise and build greater scale. It has a presence in 24 cities across 13 states.
LVB has a 94-year history, with an established retail and small and medium-sized enterprise (SME) client base and a strong presence in South India.
DBS said the takeover will not have any effect for its customers and that they can continue using DBS’ current branch/ATM network and contact centre facilities as usual.
“We are working on integrating LVB’s systems and network with ours, and once this process is complete, we will inform you, after which you will be able to access DBS’ services at a wider range of locations,” the release added.
The takeover has, however, not been smooth sailing for LVB bondholders, after the lender was asked by the central bank last week to completely write down Basel III-compliant tier 2 bonds worth Rs320 crore, an unprecedented move, according to analysts.
MORE REPORTS