The US Federal Reserve finally moved to end a lending practice that was directly responsible for fuelling the housing boom and, subsequently, its collapse. The central banker announced it would adopt new rules under which yield spread premiums would be banned. 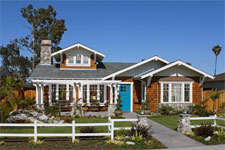 The marketplace absorbed the news without much ado as financial reforms passed by the Congress this summer already addresses the issue, and in any case there was always a prevailing sentiment in the marketplace that a ban should have been imposed long ago when it could have reversed some of the excesses.

Under normal market practise mortgage brokers would be paid directly by the home buyer but loans through yield spread premiums allowed brokers to be compensated by the lender as well. Effectively, lenders were paying a bonus to brokers who brought them high-interest loans.

Such loans, in turn, were eagerly sought by mortgage investors.

Long time critics of this practise point out that it was only a matter of time before brokers began to convince unsuspecting buyers to opt for these loans telling them it was the best deal they could get.