The Reserve Bank of India (RBI) has announced an increase in the cash withdrawal limit from ATMs to Rs4,500 per day from the present Rs2,500, with effect from 1 January 2017. 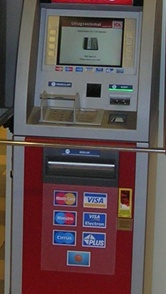 However, there is no change in the weekly withdrawal limits, which stays at Rs24,000.

"On a review of the position, the daily limit of withdrawal from ATMs has been increased (within the overall weekly limits specified) with effect from 1 January 2017, from the existing Rs2,500 to Rs4,500 per day per card. There is no change in weekly withdrawal limits. Such disbursals should predominantly be in the denomination of Rs 500," RBI stated in a circular.

In order to facilitate cash availability at white label ATM operators (WLAOs), like retail outlets, RBI said it has decided to allow them to source cash from such outlets at their own risks.

RBI said WLAOs will be solely responsible for the quality and genuineness of currency notes dispensed through their ATMs. They must also make sure that only ATM-fit notes are used for this purpose.

WLAOs may enter into bilateral arrangement with retail outlets from where they desire to source cash based on their board approved policy.

Liability and disputes, if any, arising out of such arrangements will be the responsibility of WLAOs. They will also be responsible for resolving customer disputes and shall make good any loss caused to a customer including those on account of fake notes.

WLAOs should dispense with 60 per cent of the cash sourced using such arrangements through WLAs located in rural and semi-urban areas.

All other extant instructions pertaining to WLAOs remain unchanged.

Friday was the last day of the 50-day window to deposit demonetised notes in banks.

RBI said since it is undertaking a comprehensive review of the guidelines and framework for prepaid payment pnstruments issuance in the country, it has been decided to extend the measures till the completion of review of the PPI guidelines.