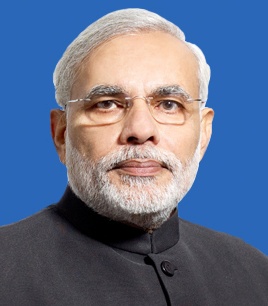 Parliament has passed the GST Constitution Amendment Bill with the Rajya Sabha today approving the after the Lok Sabha adopted the legislation, last week.

The bill was passed by two-third majority, with 443 members voting in its favour and none against in the final vote. AIADMK members in the Lok Sabha had earlier staged a walkout.

Intervening in the discussion earlier in the day, Prime Minister Narendra Modi described GST as a ''crucial step'' towards ending tax terrorism besides reducing corruption and black money and said the new regime of indirect taxation will make consumer the ''king

The Prime Minister noted that it was on 8 August in 1942 that Mahatma Gandhi had given the call for the Quit India Movement. Today, he said, the country would begin its march towards freedom from tax terrorism.

He described the imminent passage of the bill as a victory not for any political party, but for Indian democracy.

Recalling the discussions and parleys on the Goods and Services Tax, the Prime Minister said that he had invited both Sonia Gandhi and former Prime Minister Manmohan Singh to discuss the same. He noted that one of them was a Lok Sabha MP and the other was a Rajya Sabha MP.

The prime minister said the consensus over GST is proving that Rashtraneeti is above Rajneeti (national issues are above politics) in India.

He described the GST as one more pearl in the necklace of Ek Bharat – much on the lines of the Railways, the All India Services, and visions such as Bharat Net and Sagarmala.

With GST, we intend to bring uniformity in taxation, said the prime minister, adding that the consumer would be supreme in the new dispensation. The prime minister mentioned the judicious use of man, money, machine, material and minutes (time) as an important principle of sound economic policy, and said GST would aid in achieving this.

He said the GST would also help bring in real time data, as its strength was in technology. He said most of the things that can impact consumer inflation have been kept out of the ambit of GST. It would help reduce corruption in collection, as well as the cost of collection.

The prime minister asserted that small businesses will also gain tremendously from GST, and will feel more secure with GST.