Prime Minister Narendra Modi told a meeting of American business leaders in New York that his government is committed to predictable, transparent and accountable governance. Modi said governance reform is his number one priority. 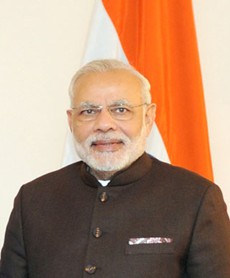 ''Reform in governance is my No 1 priority. We are for simplified procedures, speedy decision making, transparency and accountability,'' Modi said.

The prime minister interacted with CEOs from the manufacturing and infrastructure sectors.

The CEOs were appreciative of the prime minister's development vision of economic development, and the progress made over the last 15 months

The CEOs expressed support for the Make in India, Skill India and Smart Cities initiatives.

Some of the CEOs attending the dinner described it as ''report card,'' adding that this reflected the great transparency of the Modi government.

External affairs ministry spokesperson Vikas Swarup said the prime minister listened to each one of the CEOs present in the room on what their plans are for India and what are the problems they are facing and how that can be resolved.

''By and large the mood was very upbeat. There is general consensus that the prime minister is effecting change in India. The only thing all the CEOs said is that please make that change faster,'' the Indian diplomat said.

During the meeting, the prime minister said the foreign direct investment (FDI) all over the world has fallen but in India it has increased by 40 per cent.

''This reflects confidence in the Indian economy,'' Modi said.

Modi told the CEOs that fundamentally he believes in deregulation, the government should allow the private sector to develop and that he is for predictable, transparent and accountable governance.

During the meeting, Modi circulated a one-page fact sheet summarising the bold steps that the Indian government has taken for deregulation, reform and consistency in the tax administration.

''That note is based on hard facts, on what the government has actually done, what it has done for ease of doing business, where we all expect that when the next report comes, India should have jumped several places up,'' Swarup said.

The fact sheet also lists efforts made by the government in increasing FDI, efforts towards making a bankruptcy code, he said.

''Change is afoot. Change is visible. That is why the CEOs were in such an upbeat mood,'' the Indian diplomat asserted.

Briefing reporters after the day-long meetings, Indian Ambassador to the US Arun K Singh said the comments made by some of the CEOs was that a lot of progress has been made in the last one year, but it has been inaccurately assessed and reported.

Singh said that it came through clearly that most people felt that this was a very good moment for India in the global context.

''If you look at the global trends, this was the unique opportunity to move ahead, attract capital and finds moments in terms of market access and ability to produce both for domestic and for exports,'' he said.

''There was also a sense that the unique position of digital technology today and in the coming period provided a special opportunity for India with its strength in this sector,'' Singh said.

The Indian talent, which is contributing in a major to the development of this technology in a global context, could provide a very special opportunity for India to leapfrog technology and to move ahead in terms of economic strategies, he said.

Singh said many of the CEOs in their comments said that a lot has been done in the past year.

''And that what had been done was inaccurately assessed and reported. And therefore when they looked at the steps that the government had taken clearly there was a sense that a lot has been achieved,'' said the Indian Ambassador to the US.