Maharashtra CM resigns as NCP pulls out of alliance 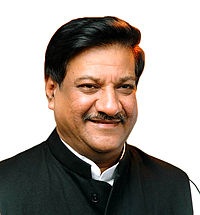 Maharashtra chief minister Prithviraj Chavan tendered his resignation today, a day after the Nationalist Congress Party (NCP) pulled out of the Congress-led government in the state, reducing it to a minority.

With the resignation of the chief minister, barely 19 days ahead of state assembly elections, the state may be brought under President's rule till the new government takes over after the 15 October assembly polls.

On Thursday, the NCP called a press conference where the party declared its break off with Congress and Maharashtra deputy chief minister Ajit Pawar announced he was resigning and that his party was also pulling out from the state government.

"I want to tell the people of Maharashtra that we are withdrawing support from the state government. We will inform the governor of the state," Pawar said. A delegation led by Pawar, which included senior NCP minister Chhagan Bhujbal and state NCP president Sunil Tatkare later met the governor to inform him of the party's decision.

Meanwhile, senior BJP leader and leader of opposition in the legislative assembly, Eknath Khadse, met the Maharashtra governor today demanding the dismissal of the Congress-led government as it was reduced to a minority.

NCP's pull-out from the government immediately led to a crisis as the Congress is way short of the 144 mark needed to form a government in the 288-member assembly and Congress sources said Chavan had no other option than stepping down from the post.

Chavan in a late night press conference questioned the timing of the break-up and wondered if another alliance was in the offing, indicating a possible BJP-NCP alliance.

Saturday is the last day for filing nominations for the assembly polls and now with the split NCP and Congress will go it alone in the polls.

Political pundits describe the split as a continuation of an ongoing Pawars-Chavans tug of war. A report in the Times of India had quoted a Chavan supporter as saying: "Sharad Pawar and the NCP never liked the Congress' decision to appoint Chavan as the CM. The acrimony between the Pawars and the Chavans goes back to 1970s. Chavan's mother Premilatai and father Dajisaheb were staunch supporters of the Congress and stood by the Gandhi family during its political ups and downs. The Pawars have been sulking because the Chavans never succumbed to their pressure and kept the Congress flag flying in western Maharashtra."

Owing to his clean image Prithviraj was deputed by Congress president Sonia Gandhi to take charge as Maharashtra as chief minister after the then chief minister Ashok Chavan allegedly got entangled in the Adarsh building scam. Prithviraj had taken oath of office in Mumbai on 11 November 2010. A mechanical engineer by training, Chavan served as the minister of state in the Prime Minister's Office in the ministry of parliamentary affairs and ministry of personnel, public grievances, and pensions before taking charge in Mantralaya.

When he took over as CM, the Sharad Pawar-led NCP had an upper hand in the political equation within the ruling coalition.

Chavan, however, had to target NCP leaders, including Ajit Pawar, in his campaign against corruption. The campaign to show that NCP harboured corruption succeeded after scams were "unearthed" in which NCP leaders were allegedly involved, as in the case of irrigation scam.