Prime Minister Narendra Modi on Thursday issued guidelines and listed out priority areas for the NDA government, even as he asked his ministers to set targets for individual ministries for the next 100 days. 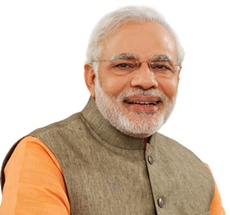 Addressing the second cabinet meeting of the newly formed NDA government, Modi spelt out 10 priority areas for his government, which among others include removal of hurdles to economic growth, reforms to attract investments, timely implementation of policies and empowerment of bureaucracy.

Briefing mediapersons after the cabinet meeting earlier in the day, parliamentary affairs minister M Venkaiah Naidu said the prime minister has directed his ministers to prepare an agenda for 100 days.

The emphasis is on efficient governance and delivery and implementation of schemes and programmes, he said, adding that Modi also wanted all pending issues of the previous regime to be taken up on a priority basis.

Sources said that all the ministers and officials have been told to keep in mind the 10-point agenda while chalking out their own targets. ''Each ministry will have to prepare a time-table and fix the priority for 100 days, which they will submit to the prime minister,'' Naidu said.

Modi, who is keen on preserving the federal character of the government, wants to give top priority to issues raised by state governments as well as grievances and requests by members of Parliament and the general public.

Modi has also asked the cabinet ministers to take the junior ministers along as the new government plans to build a team for the long term.

According to Naidu, education, health, water, energy and roads would be the new government's focus. "Focus would also be economy and infrastructure development," he said.

The National Democratic Alliance led by the Bhartiya Janata Party won the general elections mainly on the plank of development and growth. The election was fought on the issues of price rise policy paralysis and corruption by the Congress-led UPA government.

Modi had promised to revive the economy and generate employment.

The BJP won 282 seats on its own, securing a simple majority and 335 along with its allies.