Google curbs Huawei's use of Android after Trump's blacklist

Google has suspended business with Huawei that requires transfer of hardware, software and technical services but Huawei will continue to have access to Android through the open source license. 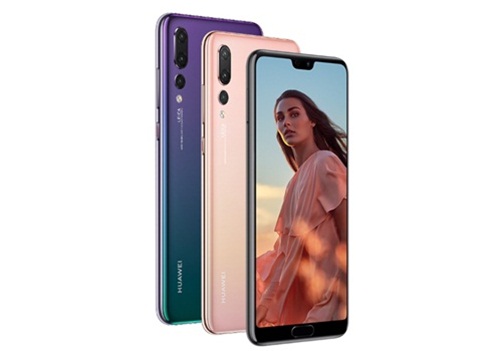 Although Huawei will continue to have access to Android through the open source license, apps like Gmail, YouTube and Chrome will disappear from future Huawei handsets.
Google’s move that follows the Trump administration's decision to effectively ban the Chinese company in the US comes as a blow to the Chinese technology company that the US government has sought to blacklist around the world.
“Holders of current Huawei smartphones with Google apps, however, will continue to be able to use and download app updates provided by Google,” a Google spokesperson said, confirming earlier reports. “We are complying with the order and reviewing the implications,” Reuters quoted a Google spokesperson as saying
“For users of our services, Google Play and the security protections from Google Play Protect will continue to function on existing Huawei devices,” the spokesperson said, without giving further details.
The suspension could seriously hurt Huawei's smartphone business outside China as the tech giant will immediately lose access to updates to Google's Android operating system. Future versions of Huawei smartphones that run on Android will also lose access to popular services, including the Google Play Store and Gmail and YouTube apps.
“Huawei will only be able to use the public version of Android and will not be able to get access to proprietary apps and services from Google,” the source said.
President Trump last week signed an executive order that puts curbs on foreign involvement in the nation's carrier networks citing foreign adversary threats to communications networks, technology and services a national emergency. Following the order, the Commerce Department added Huawei to its trade blacklist.
Huawei acts in concert with the Chinese government and the US administration fears that its equipment could be used to spy on countries and companies.
Huawei has repeatedly denied that its products pose a security threat and the Chinese government sees this as part of a trade war.
Huawei is more concerned that Trump’s executive order will hurt the rollout of 5G in the US, and adversely affect the company's growth following the US government's action.
The extent to which Huawei will be hurt by the US government's blacklist is not yet known as its global supply chain assesses the impact.
Huawei has said it has spent the last few years preparing a contingency plan by developing its own technology in case it is blocked from using Android. Some of this technology is already being used in products sold in China, the company has said.
MORE REPORTS