Whether a women gets pregnant the ''traditional'' way or by assisted reproduction has no effect on the birthing process itself or the baby, researchers at the Norwegian University of Science and Technology (NTNU) have found. 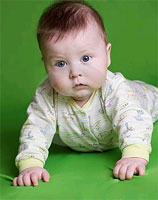 Gynaecologist and medical researcher Liv Bente Romundstad and colleagues from NTNU and St Olav's University Hospital in Trondheim looked at the pregnancies of more than 1.2 million Norwegian women whose births were listed in the Medical Birth Registry of Norway between 1984 and 2006.

Of these, 8,229 were pregnancies that resulted from assisted reproduction technology.

In a series of articles published in The Lancet and Human Reproduction, the researchers reported finding no difference between infants of women who had conceived spontaneously and after assisted fertilisation in birth weight, gestational age, risks of being small for gestational age, and pre-term delivery.

Researchers found a higher risk of breech births in pregnancies from assisted fertilisation, but their findings suggest the difference is due not to the technology itself, but to the gestational age of the baby and the number of previous deliveries that the mother had had.

Breech births
Romundstad found that five percent of the children from assisted reproduction are born in a breech presentation, compared with three per cent of the average.

She says this has a straightforward explanation: Mothers who have children by assisted reproduction, are in fact slightly older than average, tend to have shorter pregnancies, and fewer previous births.