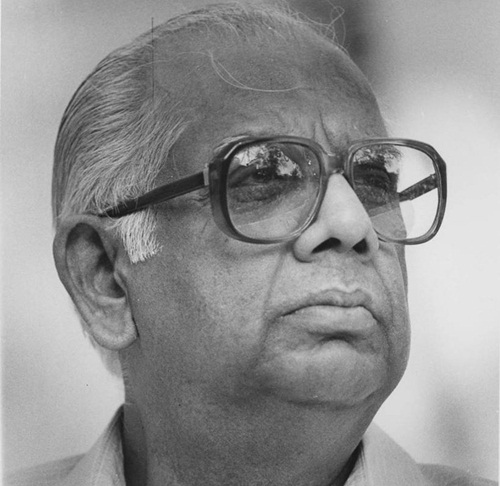 Chatterjee was put on life support after he suffered a heart attack, but was "stable", reports quoting an official of the private hospital said, adding, that he was revived and was in the ICCU. His condition was reported as “stable and responding to treatment but still on ventilation.”
He was undergoing dialysis when his heart stopped giving support.
“He made our Parliamentary democracy richer and was a strong voice for the well-being of the poor and vulnerable,” Prime Minister Narendra Modi said in a tweet offering condolences to Chatterjee’s family.
“Former MP and Speaker Somnath Chatterjee was a stalwart of Indian politics. He made our Parliamentary democracy richer and was a strong voice for the well-being of the poor and vulnerable. Anguished by his demise. My thoughts are with his family and supporters.”
— Narendra Modi (@narendramodi) August 13, 2018 -- President Ram Nath Kovind also expressed grief over Somnath Chatterjee’s death.
Sorry to hear of the passing of Shri Somnath Chatterjee, former Speaker of the Lok Sabha and a veteran parliamentarian who had a forceful presence in the House. A loss for public life in Bengal and India. My condolences to his family and innumerable well-wishers #PresidentKovind
— President of India (@rashtrapatibhvn) August 13, 2018
Calling Chatterjee an outstanding parliamentarian, Vice President Venkaiah Naidu condoled Chatterjee’s death.
“Saddened by the demise of former Lok Sabha Speaker, Shri Somnath Chatterjee. He was an outstanding Parliamentarian, who was elected to Lok Sabha 10 times. He was always affable and highlighted people's problems. He firmly stood by the principles he believed in.”
— VicePresidentOfIndia (@VPSecretariat) August 13, 2018.
Delhi chief minister Arvind Kejriwal in his tweet expressed grief over the demise of the former Lok Sabha speaker.
“Extremely sad news about Somnath Chatterjee ji. One of the greatest parliamentarians of contemporary times he will always be missed by this country. He will be remembered among the greatest Lok Sabha Speakers India ever had.”
— Arvind Kejriwal (@ArvindKejriwal) August 13, 2018.
The former Lok Sabha speaker was admitted to the critical care wing of the hospital, following a hemorrhagic stroke in June, but he had recovered from it. His health deteriorated again on 10 August and had to be readmitted in the hospital.
A ten-time member of the Lok Sabha,Chatterjee was the Speaker of the Lower House from 2004-09 when Manmohan Singh-led UPA- 1 (United Progressive Alliance) was in power.
A member of the Communist Party of India (Marxist) for some four decades, Chatterjee was expelled from the party in 2008 after refusing to step down as Lok Sabha speaker following his party’s decision to pull out support from the then Congress-led United Progressive Alliance (UPA) government over the Indo-US nuclear deal.
The sole exception to his electoral winning spree was when he lost Kolkata’s prestigious Jadavpur constituency in 1984 to the present Bengal chief minister, Mamata Banerjee, then only 29 years old.
A powerful and persuasive speaker for his party in the Lok Sabha, Chatterjee owed his oratorical skills to his training at Cambridge University, where he studied law in the 1950s, and his work as a lawyer.
Born in Tezpur, Assam, on 25 July 1929, Chatterjee’s association with the CPI(M) began through an unconventional journey. His father, Nirmal Chandra Chatterjee, a former judge at the Calcutta high court, was closely associated with the All India Hindu Mahasabha. Though the senior Chatterjee eventually snapped his links with the organisation and turned to taking up civil liberties issues, Somnath took an ideologically different route.
MORE REPORTS