The board of ICICI Bank today said, it has appointed retired IAS officer Girish Chandra Chaturvedi as the non-executive, part-time chairman, effective from 1 July 2018, the day following the end of tenure of incumbent M K Sharma. 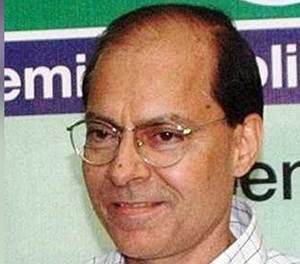 Chaturvedi, a 1977 batch IAS officer, from the UP cadre retired as  petroleum secretary in January 2013.
The bank, India's second largest after SBI, also named Chaturvedi as an independent director for three years.
In an administrative career spanning 34 years, Chaturvedi has served as additional secretary (financial services) of the government, holding various senior level positions including special director general (finance and accounts).  He has also served on the boards IDBI Bank, Bank of Baroda, and Canara Bank.
Chaturvedi was unaware about his appointment when approached, BloombergQuint reported. “Don't have any official confirmation from the ICICI Bank board. It had just asked for my biodata,” he said, adding that he would accept the role of chairman. He was confident that his previous experience in the financial sector during his stint in the Indian Administrative Service would be of help.
He will take over while the bank's CEO Chanda Kochhar, who has gone on indefinite leave  pending a probe into an anonymous whistleblower’s allegations of impropriety against her over bad loans to the Videocon Group, whose promoter Venugopal Dhoot had business dealings with her husband Deepak Kochar.
Earlier this month,  the board appointed ICICI Prudential Life CEO Sandeep Bakhshi as chief operating officer (COO) of ICICI Bank  to run the day-to-day operations in Kochar's absence.
Chaturvedi, holds a master’s in physics and social policy from the London School of Economics, and a doctorate in economic history from the University of Oxford.
MORE REPORTS