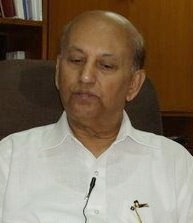 Rao, 85, was battling a heart ailment for some time and died at his residence in Bengaluru at around 3 am today.

Rao started his career as a cosmic ray scientist under Dr Vikram Sarabhai. He was the force behind the launch of India's first satellite, Aryabhata, on 19 April 1975.

Rao was associated with almost all Isro missions till date, in various capacities, beginning with Aryabhatta to the Mars Orbiter Mission.

He pioneered the development of space technology in India and its extensive application to communications and remote sensing of natural resources.

Rao who took charge as chairman of the space commission and secretary, department of space in 1984, accelerated the development of rocket technology which led to the successful launch of ASLV rocket and the operational PSLV launch vehicle, which can launch 2.0 ton class of satellites into polar orbit.

He was last serving as the chairman of the governing council of the Physical Research Laboratory in Ahmedabad and the chancellor of the Indian institute of science and technology in Thiruvananthapuram.

Rao was awarded the Padma Bhushan in 1976 and the Padma Vibhushan in 2017 for his contribution to Indian space technology.

He is also the recipient of D Sc (Hon. Causa) degree from over 25 universities, including the University of Bologna, the oldest University in Europe.

Among other positions that Rao has held, he is remembered for his tenure at the Massachusetts Institute of Technology (MIT).

Born in Adampur village in Udupi, Karnataka, Rao was the first Indian space scientist to be inducted into the prestigious 'Satellite Hall of Fame' in Washington DC on 19 March 2013, and the 'IAF Hall of Fame' in Mexico's Guadalajara.

Rao is survived by his wife, a son and a daughter, Isro officials said.