Expedia appoints Chelsea Clinton to board of directors 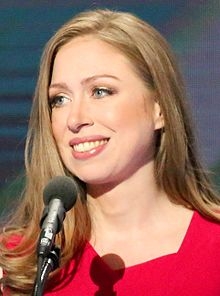 Securities filings showed that the online travel giant had had to increase the number of its directors from 13 to 14 to accommodate Clinton.

The filing did not elaborate on what Clinton would do for Expedia, except to say she would be rewarded ''in accordance with the company's standard compensation policies.''

According to the most recent Expedia proxy statement, non-employee directors were paid compensation at $295,000, consisting of a $45,000 cash retainer and $250,000 in trade-restricted stock.

Board members who served on various committees were paid an additional $10,000 to $20,000, but Expedia said in a filing that Clinton "has not been appointed to serve as a member of any committee."

Clinton had earlier been a special NBC correspondent drawing a salary of $600,000.

Clinton also serves on the board of: IAC/InterActive Corp (IAC), the company that owns websites including Dictionary.com, About.com, Vimeo, Investopedia and The Daily Beast.

She is also on the boards of the Clinton Foundation's Clinton Health Access Initiative, the School of American Ballet, the Africa Center, and Weill Cornell  Medical College. She is also co-chair of the advisory board for New York University's Of Many Institute.