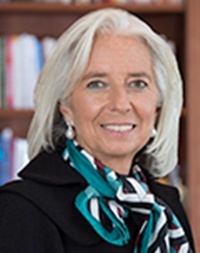 IMF managing director Christine Lagarde was convicted of negligence by a Paris court over her handling of a multimillion-euro dispute as France's finance minister nearly a decade ago, even as the board of the International Monetary Fund reaffirmed full confidence about her role in the global organisation.

The 60-year-old managing director of the IMF, who was found guilty of negligence in a case that involved a €285 million ($300 million) payout to a businessman in an arbitration case, however, won't face a fine or prison term.

Lagarde was put on trial over her 2007 decision to allow the dispute over businessman Bernard Tapie's sale of the Adidas sports brand to the state-owned Credit Lyonnais bank to be resolved by a private arbitration panel, and then failing to challenge the result.

Judge Martine Ract-Madoux of the Cour de Justice de la Republique, which specialises in ministerial misconduct, said Lagarde should have done more to overturn the payout.

The trial has been a distraction to Lagarde's duties at the IMF, which was on the front lines of the effort to combat the global financial crisis and provides billions of dollars in loans to countries at risk of default.

The executive board of the International Monetary Fund (IMF), issued a statement after the French court delivered its verdict:

''The Executive Board met today to consider recent developments in the legal proceedings in France involving Managing Director Christine Lagarde. The Executive Board took all relevant factors into account in its discussions, including the Managing Director's outstanding leadership of the Fund and the wide respect and trust for her leadership globally.

''In this context, the Executive Board reaffirms its full confidence in the Managing Director's ability to continue to effectively carry out her duties.

''The Executive Board looks forward to continuing to work with the Managing Director to address the difficult challenges facing the global economy.''

Patrick Maisonneuve, Lagarde's lawyer, said he couldn't understand the reasoning behind the verdict.

Lagarde was diligent and ''requested opinions from lawyers - and that's where I don't understand the court's decision,'' said Maisonneuve. ''She always acted in the general interest, with knowledge of the facts.''

Lagarde, who didn't attend Monday's hearing, was cleared of another count related to her initial decision to enter into the arbitration agreement.

The conviction makes Lagarde the second straight managing director of the fund to run into legal troubles. Her predecessor, Dominique Strauss-Kahn, resigned in 2011 amid allegations that he sexually assaulted a maid at a New York hotel.

The Paris trial looked into how Lagarde handled a dispute between former state-owned bank Credit Lyonnais and Tapie over the 1993 sale of Adidas. Lagarde allowed the disagreement to go to arbitration - at the start of the financial crisis - and then didn't appeal the arbitral award.

The subsequent government payout was cut to zero last year after doubts were cast on the impartiality of one of the three arbitrators.

Lagarde didn't fully examine the award, the ''violent wording'' of which could ''only have led the minister'' to seek to overturn it in court, Ract-Madoux said.

''Overall, Lagarde was negligent in seeking information'' to guide her views about a bid for annulment, the court president said.

Lagarde should have sought proper explanations from her staff after learning that the Tapie award included - against her own wishes - €45 million in damages, Ract-Madoux said. Lagarde's decision not to seek to annul the award ''permitted the Tapie couple to embezzle Euro 45 million.''

Still, the court ''noted that we were in a particularly difficult economic and political context that truly ate up a lot of the minister's time,'' Maisonneuve said.

The Cour de Justice also noted her ''international reputation'' to explain why she didn't deserve a penalty or a sentence.